Colin Goddard, a survivor of the Blacksburg massacre, is among those who testified against lax gun bills during a Senate State Affairs Committee hearing on Thursday. Screen Shot.

On Thursday, during introductions for Senate Bills 11 and 17 – known colloquially as “campus carry” and “open carry” – Senate Committee on State Affairs Chair Joan Huffman, R-Houston, noted that her prior silence on each issue shouldn’t reflect her opinions but rather indicate her intent to steer the hearing.

“As chairman of the committee, and my former background as a judge, I just feel it’s important that I step back and allow the process to move forward,” she said. “I’ll be voting on the bills, too. At that point, you’ll certainly know my feelings on the issues.”

Indeed, it may not have been necessary to wait the full eight hours and 45 minutes of proceedings before learning that Huffman would vote in favor of both bills. Along with each of the other nine members of the committee, the Senator voted on party lines.

Thursday’s progress (to full Senate) of the two bills – Senate Bill 11, which would lift a ban on concealed handguns on university campuses, and SB 17, which would allow license holders to carry holstered handguns in public – was all but pre-determined, but it did not happen without debate. Senators Judith Zaffirini , D-Laredo, and Rodney Ellis, D-Houston – the committee’s two Democrats – did what they could to sway the majority, asking for chancellor references, invoking Ku Klux Klan imagery, and asking specifically about the potential for racial profiling. (Sen. Craig Estes, R-Wichita Falls, the author of SB 17, did not foresee that being a problem.)

Zaffirini, Ellis, and their supporters recalled the events of Aug. 1, 1966, when Charles Whitman climbed to the top of the UT Tower and fired on the sea of students down below. Zaffirini was among those circling the tower that afternoon. Where she used the example as a reason to continue public campus bans on guns, her detractors argued it was a missed opportunity for civilian policing and self-defense. They did the same with Sandy Hook, Columbine, and the 2007 shootings at Virginia Tech.

In fact, much of the discourse Thursday centered around the logistics of these mass shootings. Yet it was Colin Goddard, a survivor of the Blacksburg massacre who took four bullets to the body, who may have laid out the cleanest perspective on the issue.

“We survivors do not think it is a good idea to have guns on campus,” he said during testimony, one of more than 100 people the committee heard throughout the afternoon. “There is no evidence that a bill like SB 11 would do anything to stop a mass shooting, but SB 11 would make the average day on campus more dangerous in an environment where students are dealing with failing grades, alcohol abuse, and relationship problems.”

Other bases were covered: constitutional rights, the idea of familial protection, and the money it costs gun carriers to pick up a license already. Senators considered the complex communities within hospitals, with students in certain places and sick children in many others, and questioned how you could regulate the combination of alcohol and firearms with a simple clause saying that you couldn’t bring a gun into a bar. (Said Ellis: “What if you have a few spirits before heading to a church?”) At one point, a supporter of both bills sat down to testify that the heat in Texas might be a practical reason for open carry; it’s tough to wear a concealing jacket during the state’s hottest summer months.

Without a precise tabulation, it’s just as likely that man testified to the committee next to a fellow supporter as it was that he sat alongside an opponent of both bills. Vocal supporters of SB 11 and 17 swarmed the Capitol in droves – many carrying (or at least trying to before having their efforts thwarted by DPS security) their handguns in cloth sleeves within their holsters – but there were just as many mothers, fathers, teachers, students, and general opponents of the bills patrolling the Capitol grounds and waiting in line to testify before Huffman and the committee.

One such opponent was Austin Police Chief Art Acevedo, who presented data indicating that 76% of 300 Texas police chiefs polled were against open carry laws. “Who pays for [police] training” as a result of this increasingly armed public?, he asked. He noted how dispatchers send more officers to situations where they know a gun is present, creating staffing issues and concerns about department resources, and questioned the impact of a gun’s presence during sexual assault cases occurring on campuses. So too did University of Texas System Chancellor William McRaven, who submitted a letter expressing his concern with SB 11. His sentiments were echoed on the floor by Texas Tech Chancellor Robert Duncan and UNT Chancellor Lee Jackson, who suggested an improvement to the bill: delegating regulations to school boards of regents. (John Sharp, chancellor for the Texas A&M University System, supported the bill in absentia.)

Those supporting the bills along the dais described both bills as best serving Texans’ constitutional right to bear arms, and professed ad nauseam that protecting those rights is their preeminent duty as state senators (SB 11 author Brian Birdwell, R-Granbury, stayed on script with gusto). Those who don’t pledge such allegiance must evidently face the wrath of Kory Watkins, the outspoken leader of Open Carry Tarrant County, who promised to walk until his feet bled to ensure that any opponents of the bill would be unsuccessful in future attempts for election into office.

Ultimately, Senators Ellis and Zaffirini stood no chance after nearly nine hours in session. Shortly before 6pm, both bills were approved for consideration by the full Senate, 7-2. 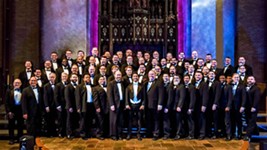 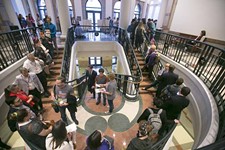 Anti-LGBTQ Bills Advancing in the Texas Lege
A call to queer Austinites: Your voice is needed at the Capitol