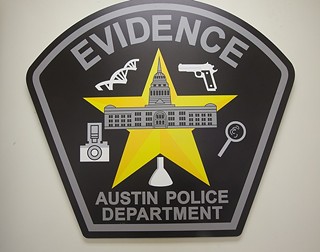 An Austin woman filed suit Wednesday, Feb. 4, claiming that members of the Austin Police Department and Travis County Sheriff’s Office violated her right to be free from an unlawful search and seizure.

The plaintiff, 24-year-old Caroline Callaway, names the city of Austin; Travis County; two members of APD (Officer Patrick Oborski and Sergeant Adam Johnson); 10 other, currently unidentifiable employees of APD and the TCSO; the Plano organization Protouch Staffing (named in the suit as "Pro-Touch Nurses, Inc."); and Pro-Touch employee Shannon Ramsey-Graham as defendants in a case that stems from a DWI arrest on Feb. 4, 2013. Callaway refused a breathalyzer test, and was thus taken to central booking, where, the lawsuit alleges, Oborski advised her that she was going to have to provide a blood sample.

The suit then recounts how Johnson took her to a “small padded room” where APD officers and TCSO deputies strapped Callaway to a restraint chair and placed straps around her legs, wrists, and shoulders (common practice whenever someone objects to a blood draw). Callaway remembers being surrounded by at least four officers at the time and, as a result of her anxiety disorder (which she allegedly disclosed to Oborski at the time of her arrest), began to involuntarily tremble.

The authorities’ response to that trembling, the lawsuit claims, was to put a bag over Callaway’s head and cover her eyes, nose, and mouth so that she could not see and had difficulty breathing. Ramsey-Graham then prepared to take Callaway’s blood. She pressed a needle into Callaway’s skin, but it quickly popped out because of her shaking, and blood “spewed onto one of the officers.” Callaway alleges that one of the officers then used a chokehold, causing her go limp. She also claims that she “felt the weight of a boot in the crook of her arm.”

Callaway is arguing that the involved parties used unreasonable force throughout the process and that their attempts to draw her blood in an improper manner in an unsanitary environment is a violation of her Fourth Amendment rights, which protect her from unlawful searches and seizures. She did not specify a specific amount regarding the damages she’s seeking, but the lawsuit notes that she suffered a loss of liberty, mental anguish, physical and emotional injuries, pain and suffering, embarrassment, and humiliation, among other damages. It says she suffered from severe bruising on various parts of her body, particularly around her neck (due to the chokehold), and may have incurred permanent nerve damage. Monetarily, she’s seeking recompense for present and future medical bills, legal fees, and lost wages.

Representing Callaway in the lawsuit is defense attorney Daphne Silverman, a notable name insofar as she also serves as a civil attorney for Antonio Buehler, who first became a recognizable name after being arrested (wrongfully, it would eventually be determined) by Oborski. Johnson, most recently in the news for shooting and killing Thanksgiving night shooter Steve McQuilliams, also had a run-in with Buehler: He arrested the cop-watching activist on Sept. 21, 2012, for interfering with an arrest – something Buehler maintains was a violation of his First Amendment rights.

Representatives from APD, TCSO, and Protouch did not respond to requests for comment on the lawsuit.