No Chairs for Travis County in House Committees 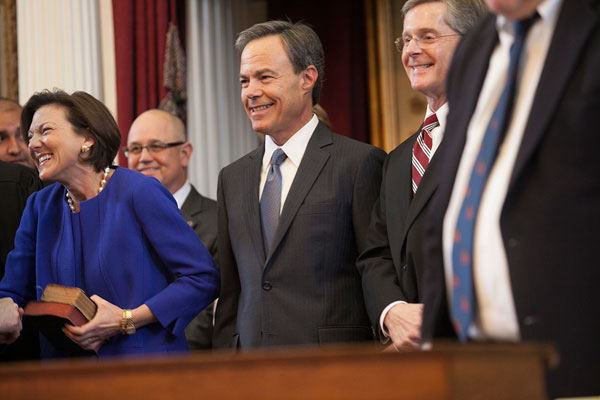 In a statement, Straus said that his committee assignments “reflect the makeup of the House. They also reflect a collaborative and results-oriented culture that has worked very well in recent years. The House is a place that encourages Members to find common ground and build consensus around serious solutions.”

The 38 committees and two select committees see major changes in leadership, with 24 new chairs, including 10 who previously lead other committees. Straus explained that "the work ahead is too important for this to be a status-quo session."

However, it's not all shake-up, particularly on some of the more significant committees. Rep. John Otto, R-Dayton, (as was widely predicted) rises to take charge of the all-important Appropriations, seconded by ranking committee Dem Rep. Sylvester Turner, D-Houston. Meanwhile Rep. Todd Hunter, R-Corpus Christi, still leads the ultimate tribunal on whether a bill lives or dies, Calendars. Similarly, with school finance and the fallout from last session's major accountability reforms in House Bill 5 both burning issues, Rep. Jimmie Don Aycock, R-Killeen, stays in charge of Public Education.

There is also a shocking contrast in bipartisanship and collegiality to the seemingly begrudging inclusion of Dems on the Senate side. There are even committees with a completely Democratic leadership, including Criminal Jurisprudence (with Abel Herrero and Joe Moody respectively chairing and vice-chairing), Culture and Tourism (Ryan Guillen and local lawmaker Dawnna Dukes), and County Affairs (Garnet Coleman and Joe Farias).

As for the Travis County delegation, the five Democrats and sole Republican don't get any chairmanships, but Dukes and her colleague Donna Howard, as two of the most seasoned members of the House, used their seniority to get appointed to Appropriations. As for the rest of the delegation, here's the full breakdown: