Measure designed to increase the peace in Texas Senate dies 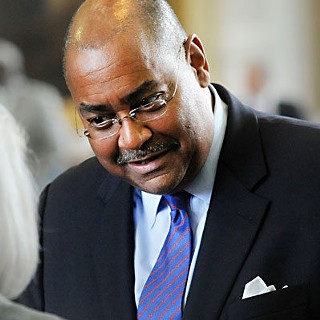 Chalk up the first victim of Lt. Gov. Dan Patrick's new era in the Texas Senate. The two-thirds rule, a long-standing agreement that meant a bill would only move to a second Senate vote if two-thirds of Senators felt it deserved a hearing, is dead, replaced by a new, lower, three-fifths threshold.

Patrick has been an outspoken critic of the old rule since his first day as a freshman senator, and had pledged on the campaign trail to get rid of it. Now, as President of the Senate, he got his wish, as the chamber voted 20-10 to dump the operational restriction in favor of the lower target.

Slightly surprisingly, the measure did not pass on purely partisan lines. Sen. Eddie Lucio Jr, D-Brownsville, joined 19 Republicans to back the changes (this will be another strike against the Valley Dem, who was also the only member of his party to vote for the abortion restrictions in House Bill 2 in 2013). On the other side, President Pro-Tem Craig Estes, R-Wichita Falls, was listed as present, not voting.

However, it still came down to a party debate, with Administration Committee Chair Kevin Eltife, R-Tyler, charged by his party with setting off this particular landmine. Often regarded as one of the more diplomatic members of his caucus, he argued that the change simply streamlined the legislative process, and would reduce stressful showdowns. Moreover, he warned Democrats that at least this was still a supermajority, and not the straight majority that many on his side of the aisle wanted. At least, he said, "Thirteen members of this body can block any piece of legislation."

Yet Democrats and Senate traditionalists were still beyond disappointed, with Sen. Rodney Ellis, D-Houston, calling the events "a sad day" for the chamber. He cited the memoirs of Lt. Gov. Bill Hobby saying that the rules have "lasted this long because they do the job well and consider the need for compromise in the legislative operation."

A quick note: Contrary to popular misapprehension, the two-thirds rule never meant that 21 votes were required to get a bill to a final vote. What it required was for two-thirds of members present (in the case of a full chamber, then it's 21) to remove the blocker bill. What's a blocker bill? That's a piece of legislation at the top of the daily calendar that effectively serves as wadding. It took a two-thirds supermajority (which historically meant at least some bipartisan agreement) to get any bill moved ahead of it in the day's discussion. If a measure cannot get that support, then it's dead meat for that day, and the next, and so on until sine die.

It was clumsy, but it was effective. The loss of the rule marks a serious sea change in Texas politics, and will arguably be viewed as the latest thumb in the eye to tradition from Patrick. The rule was always seen as the spirit of collegiate agreement and measured deliberation that the Senate was supposed to be known for. Per the Legislative Reference Library of Texas, "It is generally acknowledged that the Senate's two-thirds rule fosters civility, a willingness to compromise, and a spirit of bipartisanship."

However, in recent years, the Republicans have viewed it as an annoyance and distraction from getting their agenda through. In 2011, the rule was suspended to allow passage of the Draconian voter ID bill, and controversial measures like abortion restrictions were shoved into special sessions, where the rule did not apply.

Now the questions mount up about the future of the Senate. What exactly does Patrick have lined up that requires this new, lower bar, or was this just a campaign promise followed through? Will Estes face repercussions for not voting? What happens if Patrick presents a bill that can't muster the new three-fifths support? How will the House respond? And one specifically for Democrats: How much more time and tolerance do they give Lucio?