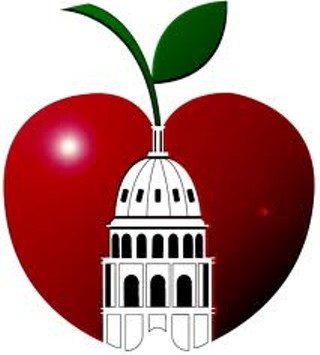 Talk about bad luck for local students. After a normal school day on Friday, it looks like Saturday classes and extracurricular events are being delayed due to the low temperatures and concerns about ice on the road. And it's not just schools affected by the incoming weather.

6pm: The area's biggest school district has announced that all Saturday morning events have been delayed until 1pm: If weather is still bad, or the event cannot be delayed, it will be cancelled. Any out-of-town requiring travel leaving or returning before 1pm will be cancelled. The district recommends contacting the event organizers before setting out.

11:12pm: Well, scratch that. The district has just announced via Twitter that all Saturday events have been cancelled.

10.06pm: All ACC campuses will be closed Saturday, and will stay closed until Monday morning.

9:41pm: All city-run recreation centers, libraries, and parks will be closed Saturday. This includes the city-run composting class at Barton Creek Farmers Market.

Worst of all, city-run health clinics will also be closed.

3:01pm: And if that's not bad enough, thought you could get the kids doing some useful post-holiday cleanup? Sorry, but the city has postponed the Christmas Tree Recycling drop off, originally scheduled for Jan. 10-11. For now, it's been pushed back to next weekend, Jan. 17-18, 10am-2pm at 2304 Rollingwood Drive.

11:16pm At least the Longhorns are keeping going through the snow. The official UT Twitter account, @UTaustin, reports the 40 Acres will be open for business as usual. However, they ask students and employees to evaluate their travel routes before setting off, and if they cannot make it to campus safely, they should contact their supervisor. 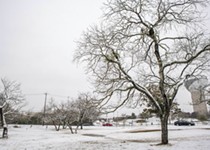