Water Treatment Plant No. 4 Under Construction (Photo by John Anderson)

• On Friday, Dec. 19, Austin Water officially opened the still controversial Water Treatment Plant No. 4 (on Ranch Road 620), although the plant is now operational and moving water at a capacity of 50 million gallons day and the potential for 300 mgd. City officials applauded the opening, but the decision to build the plant was strongly opposed by environmentalists, and became an issue in the recent mayoral campaign. Mayor-elect Steve Adler said the decision to build was premature, and his defeated opponent Mike Martinez – who had voted to construct the plant – now says the city should have tied the construction schedule to specific future demand levels. But Mayor Lee Leffingwell (who endorsed Adler) continues to defend the decision, and in a statement said, “The new facility is an important step forward for Austin. As we grow, it’s vital that we invest in infrastructure that will assure the security, sustainability, and reliability of our water resources.” City officials argue that the plant provides future capacity, a second intake source (Lake Travis) beyond the two current plants (which draw from Lake Austin), and system redundancy in case of emergency or a need for repairs elsewhere in the system.

• On Dec. 16, the American Civil Liberties Union filed a nationwide class-action lawsuit against the federal government, challenging the Obama Administration’s policy of imprisoning refugee families seeking asylum after fleeing violence in Central America. According to a press statement released by the national ACLU, “The case was brought on behalf of mothers and children who have fled extreme violence, death threats, rape, and persecution in Central America and come to the United States for safety. Each has been found by an immigration officer or judge to have a ‘credible fear’ of persecution, meaning there is a ‘significant possibility’ they will be granted asylum.” Neverthless, the suit charges, the Department of Homeland Security has adopted an “aggressive deterrence strategy” of imprisoning the refugees without bond, including many mothers and children, in hopes of discouraging additional border-crossing. "Locking up families and depriving them of their liberty in order to scare others from seeking refuge in the U.S. is inhumane and illegal,” said Judy Rabinovitz, deputy director of the ACLU's Immigrants' Rights Project. The complaint charges that the policy violates both federal law and the Fifth Amendment, which prohibits blanket detention. Asylum-seeking mothers and children are being imprisoned in several U.S. facilities, including Karnes, Texas, and a newly opened facility in Dilley, Texas, reportedly the largest in the country. The case, RILR v. Johnson, was filed in U.S. District Court in Washington, D.C. Co-counsel include national and state ACLU groups, including the ACLU of Texas and the Immigration Clinic at UT-Austin’s Law School.

• Jailed journalist and activist Barrett Brown had his sentencing postponed until Jan. 22 following a hearing in a Dallas federal court Dec. 17. Brown, who has already spent two years in prison, faces up to another eight-and-a-half years on charges related to the hacking of the Austin-based private intelligence firm Stratfor, which had thousands of emails stolen and publicly released, including some that recounted information received from state surveillance of Occupy Austin protesters. Brown was reportedly not directly involved in the Stratfor hack, but pled guilty earlier this year to being an accessory after the fact, to attempting to hide evidence, and to making threats against an investigating FBI agent and his family. Brown originally faced 100 years in prison; after a day-long hearing of the prosecution evidence and defense rebuttal, U.S. District Judge Sam Lindsay said he would issue his sentence in another month. 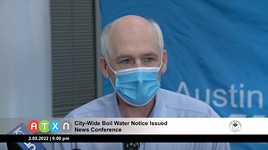 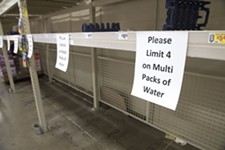 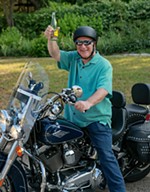 Election Ticker: The Ups and Downs of Watson's Ad and More
Look at the first ad of the mayoral campaign and more