Out with the old City Council, in with the new 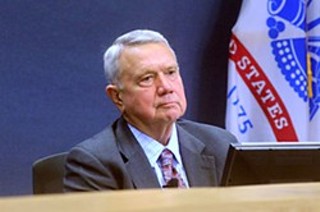 In this week's news roundup, City Council has its final meeting before becoming 10-1, Judge Garcia tells couples they'll have to wait a little longer to get married, another protest takes place Downtown, and more.

• The Travis County Clerk released early voting totals in the municipal, school district, and community college run-off elections through Dec. 12, the final day. The total number of voters for the two-week early voting period was 48,393, or 8.76% of registered voters. That could mean a total turnout of more than 15% through election day (Dec. 16) – better than recent years for May elections, but nowhere near the 41% turnout of the first round (Nov. 4). If you haven't yet voted, you can find polling locations for Travis County here and for Williamson County here.

The Chronicle will provide live coverage of tomorrow's election results. Visit our Elections page, follow us on Twitter @ACNewsdesk, and revisit "Here Come the Run-Offs!" for a refresher course on the cast of characters.

• Today (Dec. 15) is the last day to enroll in health insurance through the Healthcare.gov marketplace and have that coverage begin at the first of the year. Enrollment will remain open until Feb. 15, 2015, but those who enroll after today will have to wait until Feb. 1 or later for their coverage to begin. If you think you might need to visit the doctor in January and don't already have insurance, you can get free help with your enrollment application at Insure Central Texas, among other places.

• On Saturday at noon, more than one hundred protesters gathered at the Texas Capitol for the National Day of Action Against Police Violence. Thousands participated in marches across the country, most notably on the National Mall in Washington, D.C. In Austin, the rally featured several speakers, including organizer Snehal Shingavi of the People’s Task Force, Robert Muhammad of the Nation of Islam, local activist Chas Moore, and Barbara Taft. Taft, who is well known for her role in the Lacresha Murray case, reminded those assembled that effecting change would take time and effort – Murray’s ordeal lasted five years. Moore urged attendees to organize and get involved in politics. As people arrived at the Capitol, across 11th Street, motorcycle police waited in a line, in anticipation of a planned march.

After the speeches had concluded, the protesters marched south on Congress toward APD Headquarters, where they crowded in front of the entrance chanting “Justice for Larry Jackson.” Some left photos, signs, flowers, and gifts against the wall of the building in a memorial to local residents killed by members of law enforcement. After another round of speeches, those who remained ventured out into the I-35 frontage road to stage a die-in – black protesters lay on the ground while others stood in a line to stop oncoming cars.

According to Michael Siegel, a legal observer with the National Lawyers Guild, APD considered arresting the protesters for blocking traffic, but held off when they learned that the die-in would only last for 4½ minutes. Instead, officers waited in a long column as other members of the force assisted in keeping the peace. Siegel said that while the officers provided an important public service by directing traffic, he worried that the “overwhelming police presence” might deter First Amendment activity, as some protesters feared they could lose their jobs if it was known they’d attended the march.

• U.S. Judge Orlando Garcia has declined a request by plaintiffs in the Texas marriage equality suit asking him to immediately allow gay couples to wed. In February, Garcia deemed the Texas ban unconstitutional but stayed the ruling pending appeal from the state. “[S]uch action would only be temporary, with confusion and doubt to follow," Garcia wrote in his response. "The day for finality and legal certainty in the long and difficult journey for equality is closer than ever before.” Garcia concluded the fate of gay marriage in Texas will ultimately be decided by the Supreme Court, writing “a group of five people will decide this case.” The 5th Circuit Court of Appeals will hear oral arguments on Jan. 9.

• The final, historic meeting of the seven-member, at-large City Council concluded late Thursday/early Friday morning with some praise, some damnation, and a couple of hundred decisions on a 231-Item agenda.

Adopted a resolution establishing a new “funding metric” for future social services budgets, part of a plan to increase social service funding over the next three to five years;

Knocked down a proposed dedication of $24 million in Capital Metro funding for infrastructure along the Airport Boulevard corridor to a more limited, $2.4 million plan;

Approved an amended but still contentious zoning change (and termination of a restrictive covenant) for Springdale Farm that would allow more public events within designated time and noise limits, depending on the size of the events;

Approved a resolution requiring transgender-inclusive health benefits for city employees (to be added in next year's budget).

• While fair housing advocates applauded City Council’s decision to pass (on third reading) a ban against “source of income” discrimination for renters during Thursday’s meeting, the Austin Apartment Association was less than thrilled. Just 24 hours after the vote, the organization filed suit in Travis County District Court seeking to place an injunction on the ordinance, meant to widen affordable housing opportunities for low-income residents, including those who receive HUD Section 8 vouchers. During a Friday morning press conference announcing the legal challenge, AAA reps said the rule will overburden landlords with bureaucracy and create a “forced partnership” with the federal government. AAA claims the rule runs counter to state and federal law; however, the city’s legal department believes otherwise. Barring an injunction, the ordinance is set to take effect Jan. 12.

• In addition to all of that, City Council also adopted a new Austin Energy Generation Plan for the next decade.

The “500+” plan proposes to steadily increase renewable energy targets while staying within the city’s “affordability” goal of limiting rate increases to no more than 2% per year; it also enables a new 500 MW “more efficient” natural gas plant, subject to an independent study of the necessity of the plant.

AE staff believes that including the new natural gas plant will more readily enable retirement of the Fayette Power coal plant (now scheduled to begin in 2020), as well as the retirement of the gas-fired Decker Power Plant. The plan also calls for additional investment in energy efficiency and battery power storage. AE VP Khalil Shalabi said in a statement, “Renewable technologies are emerging, the world is becoming more concerned about climate change and we believe this plan is a prudent step to keep Austin in the forefront of this wave.”

The newly adopted plan, which passed 6-1 (Mayor Lee Leffingwell dissenting) is not as aggressive on renewables and solar as a Council resolution adopted in late August, and environmental advocates are particularly skeptical of the inclusion of the new natural gas plant. They argue that natural gas prices are volatile (currently higher than some renewables) and that a new plant will effectively undermine the city’s attempts to reduce climate changing carbon emissions. There is also opposition from those who argue that renewable sources are still not fully reliable, especially during times of peak use, and that the city’s affordability goals cannot be maintained by relying solely on renewables.