Cruz in Contention for AISD Superintendency 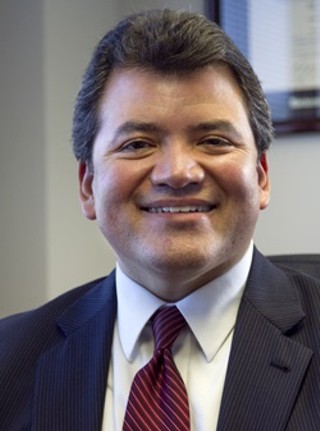 It's a big day for Austin ISD's Interim Superintendent Paul Cruz. He has been cast as Mother Ginger in Ballet Austin's production of The Nutcracker. That, and he is now officially in the running to become AISD's next permanent superintendent.

When Superintendent Meria Carstarphen abruptly left the district to head up Atlanta Public Schools in April, then-Chief Schools Officer Cruz was appointed as her temporary replacement. However, that post came with a condition: His name was not to be in the running for the permanent position. The logic was that, if he was already in the office, it would give him an unfair advantage in the job search.

However, the tide has been turning on that issue over the last few months. Employee union Education Austin has led the charge to put Cruz's name into contention, but the call has been gaining popular support. In his tenure as interim, he's been getting positive reviews (although, as board president Vince Torres noted, it's easy to make friends with everyone if you're not making any unpopular decisions).

Yet Cruz knows the district, knows the community, and also understands the torturous world of school accountability in Texas. Unlike Carstarphen, who got crosswise with then-Education Commissioner Robert Scott on her first day on the job, he is seen as less likely to walk into political minefields than an out-of-state contender.

In a statement this morning, Torres said that the district received 98 applications. After a winnowing process by search firm Ray and Associates, the board had met with the top contenders, and was on the verge of releasing a finalist short list, with a public forum to be scheduled for Dec. 9. However, since there has been a consistent drum beat for Cruz, they have complied with the public wish to ask him whether he wants to run. This means the current timetable will likely be thrown out the window: The Dec. 9 forum is cancelled, and the board will meet Dec. 8 to review and revise the hiring schedule.

That could cool some other pressing political concerns. With three trustee runoff races set for Dec. 16, the hiring process would be basically complete by the time the new board is seated in January. That would give them almost no time for real scrutiny and due diligence of any applicants. Moreover, the majority of trustee candidates have publicly stated that they would be at least interested in seeing Cruz's résumé.