Public Education Back Under Fire 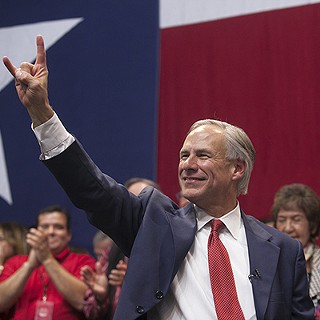 Democrats have spent their post-election depression fearing that the GOP is hoping to roll back the Affordable Care Act. But as the Republican agenda gets rolled out, it's pretty clear that the right wing is gunning hard for public schools.

In a jointly penned column for the Wall Street Journal, Speaker John Boehner and future Majority Leader Mitch McConnell laid out their agenda for the upcoming session. The red meat was all ACA and taxes, but lower down the pair pledged to consider legislation "to support innovative charter schools around the country," adding that they plan to tackle "an education system that denies choice to parents and denies a good education to too many children." This is no shock, considering McConnell got behind a 2013 charter initiative in Kentucky.

That's already being echoed in Texas. During his election night victory speech at ACL-Live at the Moody, Governor-elect Greg Abbott pledged to end a system that created two tiers of education opportunities for Texas children (ie the system that he has defended, unsuccessfully, before Judge John Dietz).

But now enter Lt. Gov.-elect Dan Patrick, who has been slavering at the bit for years to give charters free rein in Texas. Previously, his own party put the brakes on his ambitions, but now, as president of the Senate, he has extra clout to get his legislation passed. He has already called a Senate Education Committee hearing for Nov. 17. The committee is already handling a set of interim charges. The headliners are predictable, including a review of the STAAR tests' impact, but the rest read like a Gates Foundation wishlist: a review of Senate Bill 2's changes to charter school regulations, and a study of the unholy trifecta of education tax credits, taxpayer savings grants (reform-speak for vouchers) and parent trigger bills in other states. And guess which part of the non-pressing business Patrick has placed on the agenda for next week? Charter schools -- and not, as might have been hoped, preparing for the inevitable school finance debate that comes in the wake of of Dietz's ruling.

The great fear is that Patrick will be replaced by an even worse and less competent radical than himself as Education chair, Sen. Donna Campbell, R-New Braunfels (with Sen. Kelly Hancock, R-North Richland Hills, as a slightly-less-hardline dark horse contender).

The difference between education and healthcare is that the GOP will face Obama's pushback when trying to demolish the Affordable Care Act. But the president has been one of the loudest advocates for the "reform" movement, installing charter advocates like Education Secretary Arne Duncan to help speed up its implementation.

However, that means both parties are selling smoke and mirrors. When charter initiatives have worked, they generally succeed either by cherry-picking the best students from neighborhood schools (a regular criticism of groups like IDEA Public Schools), or by having so many resources thrown at them (as in the Promise Zone initiative) that they can provide the kind of expensive wraparound services that the GOP has been cutting for decades. Anyone seeing Abbott or Patrick putting any kind of restrictions or funding in place to make sure their pet projects don't just devastate public ed in Texas? 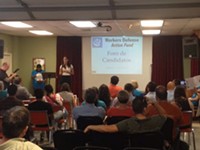