Austin has never seen anything like this. Ten new districts, nine new council members, one new mayor, and the future of urban rail – and that's just the start. As the results trickle in, we'll continue to update here and @ACNewsdesk.

12:44am: We're closing up shop for the night. Look for our continuing coverage tomorrow.

The @AnnKitchenATX camp now confident of a victory--Kitchen tells me she's "thrilled" to be part of the new, historic city council #ACvotes

12:37am: It's looking like we won't know until tomorrow which two District 6 candidates will be in the runoff. At this point it could be any combination of Jimmy Flannigan, Jay Wiley, or Don Zimmerman. Of the three Flannigan appears to be the best bet to make it, but with a lead that's dipped below 100 votes at times, he's still not a shoo-in. None of the three wanted to seem to prematurely claim victory, but each remained hopeful. While Flannigan had the endorsement of nearly all of the Democratic clubs, he's far more of a moderate than the average Austin Dem. It will be interesting to watch any of the three possible pairings. Wiley and Zimmerman would probably vie for title of True Conservative. Flannigan and Zimmerman both tend to argue for ideas that aren't always popular with their respective parties: Flannigan keeps at least one eye on cost at all times, while Zimmerman is highly critical of law enforcement. Flannigan and Wiley have both shown a high level of skill as speakers and campaigners. As far as Flannigan's concerned, if he makes it to the runoffs, he's not afraid to reclaim the word conservative from the GOP, which he believes has misappropriated a term that should mean "good governance." He's glad that Council races are nonpartisan: "When there are Rs and Ds after names, people vote their party and don't look at the candidates." – Amy Kamp

12:16am: Mike Martinez and Steve Adler are already gearing up for a final month of hard running. The race has tightened just a bit: Adler at 37%, Martinez just below 30%. As the evening closed, they reiterated their ongoing themes: Martinez to "fight for the middle class," Adler to "change the way the city does its work, going forward."

Races to watch:
District 1: Houston just under 50% – may go to a runoff by morning.
District 4: Not much change, but Casar entering runoff at 39%, Pressley at 22%.
Transportation bond -- down in flames, 58% to 42%, voters balked at the price tag.
And a touching farewell from Sheryl Cole:
"And while it will not be my privilege to go on to the runoff, it has been my privilege to serve this City. ... I’m proud of what we’ve accomplished and blessed by the people I’ve gotten to know. ... I look towards tomorrow with no regrets and more blessings than you can imagine.” – Michael King

Tovo shutting it down @ Scholz. She's got 49.64% with a few precincts left to maybe come in post-midnight. #ACvotes pic.twitter.com/8MtiFxvzjQ

"We do have a lead," she says to applause. "And it's a big lead." We'll have more tomorrow. #ACvotes

12:04am: The latest numbers from Travis County haven’t tipped any of the uncertain races into sure-thing country. In District 1, clear favorite Ora Houston (6,304 votes) is nonetheless looking at a runoff with closet competitor DeWayne Lofton (1,848 votes). In District 6, the three frontrunners Jimmy Flannigan, Don Zimmerman, and Jay Wiley continue to be separated by less than a 100 votes, with Wiley in the lead (note: that tally does not include Williamson County voters, who also have a say in D6). And in the District 9 race, Kathie Tovo’s 9,044 votes (49.64%) aren’t enough to rule out a runoff with Chris Riley.

TV interviews with Tovo right now sorta funny since all opinions and reactions hinge on the difference of ~50 votes. #ACvotes

: It’s a nail biter in District 9. The latest numbers from Travis County nudge Kathie Tovo’s lead slightly higher to 50.05% compared to Chris Riley’s 39.03%. She'll need 50% of the vote to avoid a runoff.

10:30pm: ​At the bar of the 290 Serranos, where District 8 voters go for Happy Hour margaritas and deals on enchiladas, Ed Scruggs greeted the results – pitting him against Tea Party Republican Ellen Troxclair – with the same mild-mannered grace that won him support in his Circle C neighborhood.

"I've done a lot of work in the community," he said, referencing his work with the Circle C Democrats. "I always thought that would lead to this result, but I was cautiously optimistic."

Troxclair, who works both as a realtor and chief of staff to State Rep. Jason Isaac, credited her early lead to her campaign's strong anti-tax message, and efforts during early voting to engage the district. "I'm truly humbled and grateful for the support and our amazing volunteers, and I think the early vote totals show people are ready for a taxpayer advocate in Southwest Austin." - Nina Hernandez 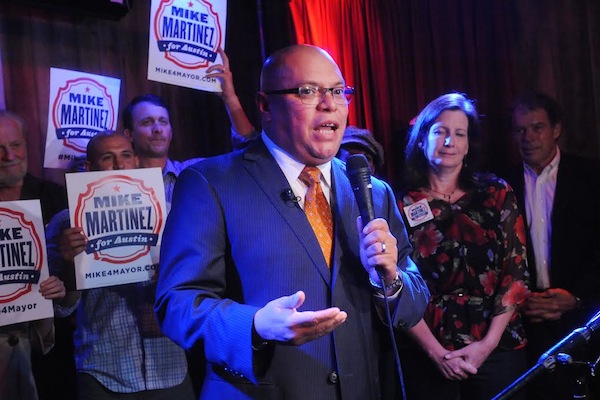 Cheers when Tovo's numbers come across TV muted every time when those cheering realize the numbers haven't changed in an hour. #ACvotes

"[D8 voters] wanted specifics from us," says Scruggs. "They wanted to get to know us. We had a clear message from the beginning." #ACvotes

The latest communiqué from the Travis County Clerk includes unofficial results for ACC and AISD elections:

"Right now the Texas Democratic Party has 312 paid staffers. Next week, they may not have money for the paychecks." Ted Cruz #ACvotes 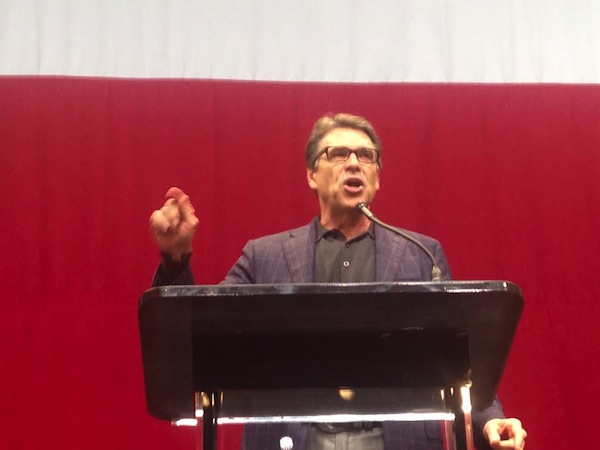 "I know the results are early, but it looks like there's a whole lot of folks looking to be a lot more like Texas." Rick Perry #acvotes

No great surprises down the Council line: Garza an easy winner in D2, more surprising in D1 Ora Houston may win outright against eight others. In D4, Greg Casar is "excited, optimistic" but "not eating breakfast until the chicken lays the eggs." He's looking at a likely runoff against Laura Pressley.

Early vote has road/rail bond (aka "Prop. 1") down 58% to 42% -- without a dramatic change on EDay, transportation bond looks doomed. – Michael King 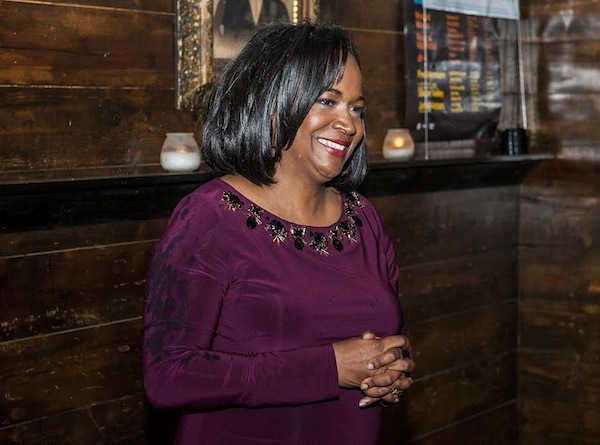 Casar 38.8% likely headed to runoff @PressleyRoxATX in D4: Waits EDay: "You don''t get breakfast until the chicken lays the eggs" #ACvotes

Soifer: "I am so proud of Travis County." #ACvotes

Sid Miller just announced that Republicans won because they are "pro-life, pro-guns (and) anti-Obama." #ACvotes

I've migrated to the East side for D3 cand. Pio Renteria's election party...think I have the right house?? #acvotes pic.twitter.com/J1ZJEsk35s

Mandy Dealey calls Robert Thomas an "interesting" opponent, says he sent out a mailer accusing her of smear campaign #ACvotes

“I am so fortunate and honored to have had so much support from Texans all across the state. I congratulate Dan Patrick on running a disciplined campaign.

“This campaign and my service have always been about securing the future for the next generation, para mis hijos y nietos. 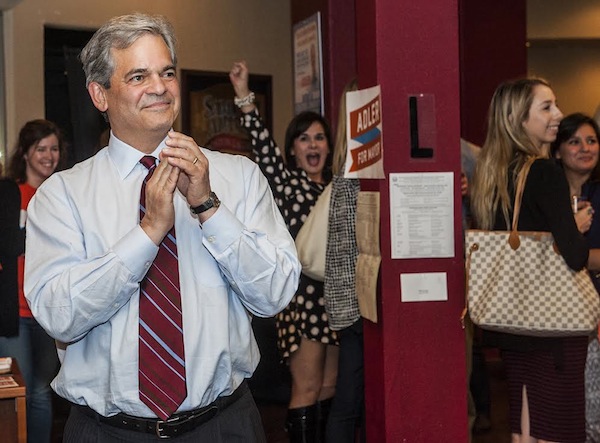 8:10pm: Here are the complete early totals for county, city, AISD, and ACC

7:50pm: Strange tides flowing in Austin ISD. In early voting, one prediction has come true, with Ted Gordon and David "D" Thompson heading to a run-off in District 1. However, there's high weirdness in District 6, where long-time education advocate/district PR consultant Paul Saldaña is virtually neck and neck with former Ann Richards school teacher Kate Mason-Murphy, who ran a no-cash, word of mouth race. Even more surprising is the At-Large Place 9 race, where Education Austin's favored candidate Kazique Prince is running fourth. Kendall Pace holds a comfortable lead, but looks destined to fall short of the 50% mark, and so faces a run-off with Hillary Procknow - the UT staffer who basically suspended her campaign to endorse Prince. At least the two remaining races will avoid run-offs, with Julie Cowan up three-to-one over Karen Flannigan in District 4, and District 7 incumbent Robert Schneider holding an eight point buffer over challenger Karen Wagner. – Richard Whittaker

Why is @AnnKitchenATX leading? One supporter here says it's her "proven experience" (Kitchen is a former #txlege House Rep.) #ACvotes

Flannigan says he's happy to see his campaign cross county lines but not surprised, issues are the same #ACvotes

7:26pm: In Wilco D6 results, it's Flannigan in first and Wiley in second