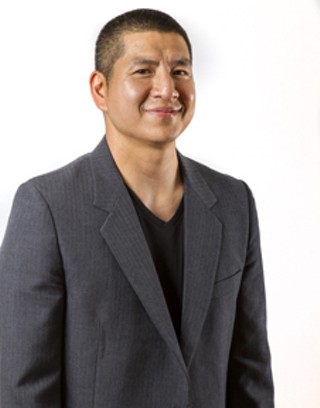 An audible gasp fell over the downstairs room at the UT Community Engagement Center. Eric Tang, the UT professor responsible for publishing the year’s study in the city, “Outlier: The Case of Austin’s Declining African-American Population,” had just flipped through a sequence of color-coded maps depicting black representation in East Austin.

The third slide, showing the city’s makeup in 2010, was awfully thin on purple – in this instance, the color representing African-Americans.

“For those of you who have been living here all your lives, what I’m telling you isn’t new,” Tang offered Thursday evening to the crowd of nearly 40. “I’m just putting some hard numbers behind what you already know.”

Tang’s report – which informed the city in May that it’s the only major city in the country that’s seeing major growth (20.4% from 2000 to 2010) while its black population declines (at a rate of 5.4% of those same years – had been discussed with various levels of shock throughout the summer. But he’d never presented it in person around Austin before, or discussed causation in a public setting.

As such, though the room was filled Thursday with people of all races, it was dominated by African-Americans who ranged in age from high school kids to senior citizens. Together, and intermittently throughout Tang’s presentation, they attempted to make sense of the diaspora and sort out what happened along the way to trigger it.

The conversation centered on gentrification and the effects it’s had on the East Austin core that for a long time was largely black. “I’m from East Austin,” one elderly woman cracked, “and all I see on my street now are bicycles and dogs.” Indeed, property values in census tracts with African-American population losses rose an average $61,286 between 2000 and 2010; elsewhere, they’ve increased an average of only $36,889. That’s pushed many low-income black families out towards suburbs like Pflugerville, Round Rock, and Cedar Park. “It’s the suburbanization of poverty,” one older man noted. An inverted version of the original municipal makeup of 1928’s segregationist “Master Plan,” which boxed all African-Americans into a small corridor in East Austin.

As a result of this dispersion, the community has lost its cultural center. The Silent Generation (those born between 1925 and 1942) stuck around, but the Baby Boomers left in search of better jobs and scenes in cities like Dallas, Houston, or even Atlanta, Charlotte, and Washington D.C. Kids coming up today don’t see the critical mass of local leaders in the community. In fact, looking at the demographic maps, Tang noted that the students living on-campus at Huston-Tillotson University currently make up the densest population of blacks in the greater area. Those students who stood up to speak Thursday expressed interest in figuring out what could culturally reinvigorate the community in hopes of rebuilding its local core.

Tang concluded the discussion by requesting those in attendance help him get in touch with black Austinites who’ve left. His next phase of research centers on why they fled the city – whether they chose to leave or were forced out of this ever-changing town.