Candidates on APD debacle, Stillwell ticks off Stonewall, and more 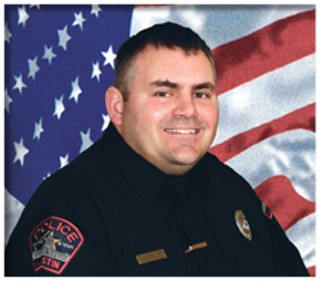 • Damn near every City Council member running for office in this week’s election has spoken out against all parties involved in the unfortunate Austin-cops-making-jokes-about-rape-on-camera fiasco that came to light Thursday evening. Council Members Chris Riley, Mike Martinez, and Sheryl Cole all denounced the tasteless exchange, which found one APD officer joking to another that policemen can’t “unrape” a woman.

Martinez and Cole, opponents in the mayoral race, admonished incoming Austin Police Association President Kenneth Casaday for justifying the joke as something said by two officers “clowning around” during “a high-pressure job.” “Mr. Casaday’s statement was offensive and wrong,” Martinez declared. “He should apologize publicly and treat any incidents like this in the future with the seriousness and professionalism they deserve.” Riley "urge[s] the APD to conduct the same level of sensitivity training regarding sexual assault that they have in the past regarding LGBT issues." The Chronicle will have more on this story in this week's issue.

• The Matt Stillwell mailer fallout continues. On Friday, the Chronicle detailed various problems with a mailer sent out by D6 candidate Stillwell's campaign: It appeared to seek to contrast "family man" Stillwell with Dem opponent Jimmy Flannigan, who is single, gay, and childless (as well as Mackenzie Kelly, a single mother); it incorrectly stated that Jay Wiley isn't eligible to hold office in D6; and it mischaracterized Flannigan's tenure at the Austin Gay and Lesbian Chamber of Commerce.

Since the article's publication, Burnt Orange Report has tweeted "Our staff has concerns about a mailer sent by BOR-endorsed District 6 candidate Matt Stillwell featuring opponents' personal lives," and Editor-in-Chief Katherine Haenschen wrote that BOR "has sent an official media inquiry to Stillwell about the mailer and are awaiting his on-the-record response."

Additionally, the Chronicle was able to speak with Travis County Democratic Party Chair Jan Soifer, who is mentioned in the mailer. The mailer states, "Flannigan founded the Northwest Austin Coalition with two Republican city council candidates as a way to draw friendly districts they could run for, a tactic denounced by the Travis County Democratic Party chair." Soifer said she remembered what actually happened well: At a meeting of the Independent Citizens Redistricting Commission, she expressed her concern as an Austin resident - explicitly making clear that she was not speaking in her capacity as TCDP chair - about what she believed was an attempt by NWAC founding member Robert Thomas to draw D10 as a Republican district.

On Saturday, Nov. 1, the Stonewall Democrats of Austin released a statement about the mailer, writing in part, "Once again, a candidate behind in endorsements, money, and community support attempts to denigrate his opponents through the use of incomplete and misleading information and to inflame prejudice based on differences in marital status, age, gender, family structure, and sexual orientation. This activity is all the more disappointing coming from a candidate who professes to support Democratic values."

Flannigan has pointed out that the mailer also unfairly assumes that D6 voters are anti-gay, which hasn't been his experience.

Finally, one D6 candidate (other than Stillwell) who definitely doesn't have a problem with the mailer is Don Zimmerman, whose child custody woes were notably unmentioned. He wrote on Stillwell's Facebook page, "I didn't find anything untrue about your mail piece comparing the D6 candidates. It's possible to pick and choose 'facts' which paint a false picture, but you didn't do that. So exactly what is the Chronicle objection? I think the problem is simple - the Chronicle endorsed Jimmy."

• In other D6 news, Mackenzie Kelly came out in defense of Gamergate, participating in a Reddit AMA about it and tweeting "I support ethics in gaming journalism, creative freedom and inclusiveness. I'm #GamerGate and #NotYourShield," among other things.

• Don Zimmerman was glad to see Antonio Buehler win his misdemeanor trial, but would like to know "now that the hero has been found not guilty, when can the prosecution of those who lied under oath begin??"

• Burnt Orange Report isn't the only publication having second thoughts about an endorsement. On Friday, Oct. 31, Austin American-Statesman editor Tara Trower Doolittle wrote that the Statesman's board was rethinking its endorsement of Laura Pressley for D4 in light of information that's emerged as "news outlets have dug deeper." On Thursday, the Chronicle published an article recapping Pressley's efforts to get the word out about the dangers of smart meters, fluoridated water, and gun safety. The same day, KUT released a recording of Pressley saying that the 9/11 attacks were actually a "controlled demolition." Doolittle said that the Statesman would "like to take a closer look at Katrina Daniel."