Who Saved the Electric Car? 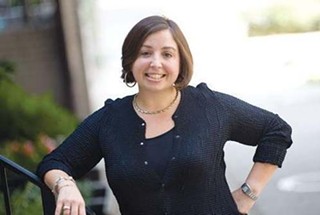 Environmental campaigner Jessy Tolkan: We can save companies from their own worst instincts

When environmental activist Jessy Tolkan was first approached to help companies get greener, she said, "My answer was, I don't work for corporations, I fight corporations." A few years later, she regards that as an irresponsible position. "Companies need our help."

SXSW Eco speaker Tolkan has impeccable environmental and social justice credentials. In 2008, she was arrested in front of the White House. By 2011, she was inside, meeting with President Obama to discuss the Keysone XL pipeline. She arrived at the Austin enviro conference fresh from the recent #FloodWallStreet protest. But her presentation, "The Road to Environmental Revolution … Powered by Consumers" wasn't about public protests. It was about direct action of another kind, the kind determined by where you put your dollars. "It is in our hands, to some level, whether or not the electric car market or certain sustainable products are going to succeed."

Environmental regulation can work. Europe has lead the way, but is still slow, even though Europeans accept that part of their taxes go to mitigating the real cost of carbon pollution and greenhouse gasses. In the US, environmental regulation is something for political opportunists to challenge.So Tolkan's proposal is basically, dance with them as brung ya. if the free market is really free, she argued, it can be guided by better instincts than just raw profiteering. Working with corporations "may be our best chance of moving the ball forward when we can't get the politics to change."

Case in point: Transport. For the last three years, Tolkan has been president of the Campaign for Global Electric Vehicle Infrastructure, and she has seen companies either kick the ball tentatively, or heading straight for the goal line.

Not that government has no role in developing a greener world: But in America, it seems even DC's strongest role may be guiding, and occasionally slapping, that invisible hand. Closing speaker U.S. Secretary of Energy Ernest Moniz echoed Tolkan's argument that, when it comes to environmental change, "All of the above really does mean all of the above."

For Moniz, part of the issue is the lack of publicity for technological and market changes that have already happened. Take Tolkan's area of current expertise, the electric car: Battery prices and capacity have dropped dramatically over the last five years, while lightweight materials and advances in LED bulbs have reduced power demands. It's even cheaper to recharge the battery cleanly, with the cost of solar and wind energy dropping dramatically. It's almost the perfect equation, with decreasing green costs and increasing energy efficiency, plus over 150,000 jobs created in the solar industry alone. Why? Not just because it's a new industrial sector. If companies can cut their operating costs, they can hire more staff, and Moniz's office had calculated that energy and pollution mandates set down by the Obama administration had cut carbon emissions by gigatonnes, and saved half a trillion in energy costs.

Even with a Congress more likely to believe in Ebola-drenched ISIS agents in Iowa than noted this does. In part, they have been guided and incentivized by outreach, incentives, and tax breaks. Most of those have been aimed at the manufacturing industry: After all, that's where 80% of patents originate, and it also generally produces the best-paying entry level jobs. But there are also those mandates, which some more forward-thinking firms have seen as a challenge, not a stricture. With more incoming, like 54.5 MPG by 2025, there are still plenty of ways for firms to get ahead of the curve.

The all-of-the-above argument got a little trickier when Moniz turned to fracking, and tried to put a cheerier face on the current hydrocarbon boom. Carbon dioxide from coal production and burning is being used for more efficient oil drilling, which has cut dependence on imported oil. It even helped hit a policy goal faster: In 2012, Obama pledged to cut foreign oil imports by 50% by 2020, but managed that target by 2014. OK, so that's one tick in the win box, but the US is still hooked on gas, whether domestic or foreign. Again, Moniz put a positive spin, arguing that America is in a transition, that the US can deploy the "oil bounty [to] reduce our imports, reduce our external payments, while we push hard on reducing our oil dependence.

But will we always be struggling, hoping that the invisible hand of the marker isn't always just throttling our collective neck? Tolkan is a little bit optimistic. After all, she said, "The people who lead these corporations are actual human beings." While she fully supports groups that mount boycotts of the worst, the most incorrigible, she argues that environmentalists also need to boost and encourage "courage at the heads of these multi-billion dollar corporations."

And maybe, just maybe, greener companies can lead to greener policies. For example, Walmart has spent years preparing to enter the cap and trade market, meaning there's one less powerful corporation lobbying against that change. In a sense, companies that engage in virtuous behavior undercut the environmental impact of Citizens United: "They no longer need to spend money to disrupt regulations that they have already blown past." 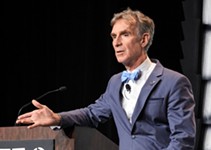 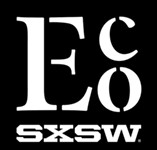 Imagine Universal Income
It's easy if you try