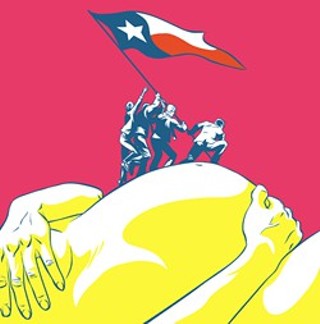 by Illustration by Jason Stout.

In an anticipated ruling, the 5th Circuit Court of Appeals decided to immediately enforce Texas’ abortion law, House Bill 2. The decision is widely expected to close all but seven abortion care centers in Texas and impact roughly 1 million women.

Abortion providers, represented by the Center for Reproductive Rights and Austin-based law firm O'Connell & Soifer, filed suit over a regulation, initially set to take effect Sept. 1, that would mandate clinics spend up to $3 million to comply with the same building standards as ambulatory surgical centers. They also challenged a portion of the law that requires physicians to obtain admitting privileges at a hospital within 30 miles of where any procedure is performed for recently closed clinics in underserved communities – the Whole Woman's Health Clinic of McAllen and Reproductive Services of El Paso.

U.S. Judge Lee Yeakel concluded the two provisions of the law were unconstitutional and found they posed an “undue burden” on abortion-seeking women, in a strongly worded ruling issued in August. His decision spared roughly 14 clinics from closing their doors and prevented thousands of women from effectively facing, as he described it, "a complete ban on abortion.”

Attorney General Greg Abbott expectedly called for an emergency stay, claiming the state was “suffering immediate injury.” The case then moved to the conservative 5th Circuit Court of Appeals, which heard oral arguments from both sides in early September.

The majority opinion ruled the state had shown a likelihood of success in showing the ASC requirement is constitutional during a full appeal trial and criticized Yeakel’s ruling for what they saw as a broad challenge to the admit privileges requirements, rather than a narrow challenge to the two clinics. Higginson agreed with the ruling in part, but dissented over applying the law to the two Rio Grande Valley clinics. If enacted, these closures would result in an absence of all clinics west and south of San Antonio.

“Today's ruling has gutted Texas women's constitutional rights and access to critical reproductive health care and stands to make safe, legal abortion essentially disappear overnight,” said Nancy Northup, president and CEO of plaintiffs, CRR. “It is an endorsement of politicians' disingenuous tactic of undermining women's safety under the false pretext of protecting it, and of their unconstitutional intrusions into the personal, private decisions of every woman and family facing an unintended pregnancy.”

Meanwhile, Abbott praised the apparent victory, Tweeting: "We just won this round on HB2 in the Court of Appeals. More news soon."