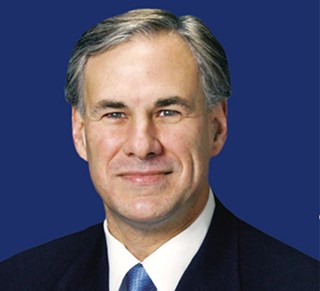 Abortion providers filed suit over a regulation that was set to take effect today (Sept. 1), and would mandate clinics spend up to $3 million to comply with the same building standards as ambulatory surgical centers. They also challenged a portion of the law that requires physicians to obtain admitting privileges at a hospital within 30 miles of where any procedure is performed for recently closed clinics in underserved communities – the Whole Woman's Health Clinic of McAllen and Reproductive Services of El Paso.

In its “emergency motion” to stay the ruling, pending appeal, the state argues Yeakel’s ruling “fails to recognize or apply the binding precedents of this Court and the Supreme Court.” Plaintiffs could not prove that the ASC law would subject a “large fraction” of the state’s abortion patients to “unduly burdensome driving distances,” the state writes.

While Yeakel found the ASC statute was enacted with the purpose of imposing an undue burden on abortion patients, the state countered there was no evidence of the Legislature’s motives during trial. The state also took issue with the court’s “inexplicable” decision to place a statewide injunction against HB2’s admitting-privileges law despite its applied challenge for just two clinics.

Further the state claims it is “suffering immediate injury” from the purported injunction against the already in effect admit privileges law; the state requests the Court immediately stay this ruling (regardless of a response from plaintiffs).

Defendants have asked the appellate court to respond by Friday, Sept. 5.

The next steps could mirror the outcome of the first case against HB 2, filed by abortion providers last year. Yeakel previously ruled the hospital admitting privileges rule unconstitutional; the state quickly appealed, bouncing the case to a three-judge panel on the conservative 5th Circuit Court, which has historically upheld the state’s draconian wishes in matters of reproductive health. HB 2 was no exception.. That decision forced clinics to turn away hundreds of abortion-seeking women and caused panic and confusion among patients. Providers continue to await the 5th Circuit’s decision to rehear the initial case.

For now, Yeakel has spared roughly 14 clinics from closing their doors and prevented hundreds and thousands of women from facing, as he described, "a complete ban on abortion.”

On the other end, Abbott’s Democratic opponent, state Sen. Wendy Davis, D-Fort Worth, commended Yeakel’s decision, describing it as, “a victory for women's health care.”

“These decisions should only be made between a woman, her doctor and her God - not Austin politicians like Attorney General Greg Abbott, who would make abortion illegal even in cases of rape and incest,” said Davis, who famously filibustered for nearly 13 hours to defeat the legislation last summer.

Fewer than 10 clinics will remain open to serve the entire state if the law is enacted, estimate reproductive health advocates.