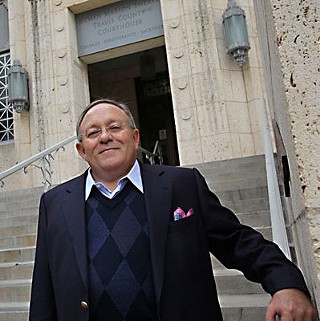 In a long-awaited turn for Texas education, Judge John Dietz today issued his final ruling on the state's school finance system: It is unconstitutional, and it is failing Texas children.

In a damaging finding against the state, Dietz ruled that the current system violates four constitutional standards: the prohibition on a state property tax, and the parts of the education clause requiring adequacy, suitability, and equity. This is in fact the second time he has ruled that Texas has failed its students: Back in 2004, he effectively issued a cease and desist order for the old system. Basically, he told lawmakers today, the new system you created, after I told you the last one didn't work, is just as bad.

This latest suit was brought by a group including the Texas Taxpayer and Student Fairness Coalition, several ISDs, and the Texas Charter School Association, against Commissioner of Education Michael Williams, Comptroller Susan Combs, and the State Board of Education. However, it will be up to lawmakers to come up with a solution in the next legislative session.

They will have their work cut out, since Dietz had already given them one opportunity. In 2013, he issued an equally damning preliminary oral ruling, but said he would take what the 83rd session achieved into account before issuing his final ruling. However, the addition of $3 billion in funds last session (following a $5.4 billion cut in 2011) and the failure to undertake any systemic change, did nothing to placate him. In a 13-page summary of his 440-page ruling, he found that the current system is a de facto state property tax, and therefore unconstitutional. Dietz continued, "The court further finds that the Legislature has failed to meet its constitutional duty to suitably provide for Texas public schools because the school finance system is structured, operated, and funded so that it cannot provide a constitutionally adequate education for all Texas schoolchildren."

The responses to the unsurprising ruling came thick and fast, not least from lawmakers. The Texas Senate Democratic Caucus pointed out that the Republican leadership will almost inevitably challenge this ruling in the state Supreme Court: "Texas' school finance system is woefully out of date and everyone in the Capitol knows it. We also know how to fix the problems, but too many of our colleagues are reluctant to make difficult decisions about how to pay for those fixes. Instead, they will drag out this case and hope to get political cover from the Supreme Court before doing what is right."

A secondary question is how this will affect the governor's race. Republican nominee Attorney General Greg Abbott not only suffered another courtroom loss, but now finds himself again open to attack from his Democratic opponent, Sen. Wendy Davis, D-Austin, whose strategy has been to paint him as a defender of inequality. Davis wrote, "Abbott has been in court for years, defending overcrowded classrooms, teacher layoffs and public-school closings, and today, Judge John Dietz ruled against him. This ruling underscores the crucial need to invest in education and reminds us of just how much our schools, teachers and students have had to sacrifice over the past three years just to get by." A Change of Circumstances: Judge Reopens School Finance Lawsuit
New legislation could be discussed in court in January