After an all-day screening session featuring 36 of the 78 balloted candidates, the Austin CLC (with membership of 26 local unions) endorsed City Council Member Mike Martinez for mayor, and picked favorites in nine of the 10 Council district races. 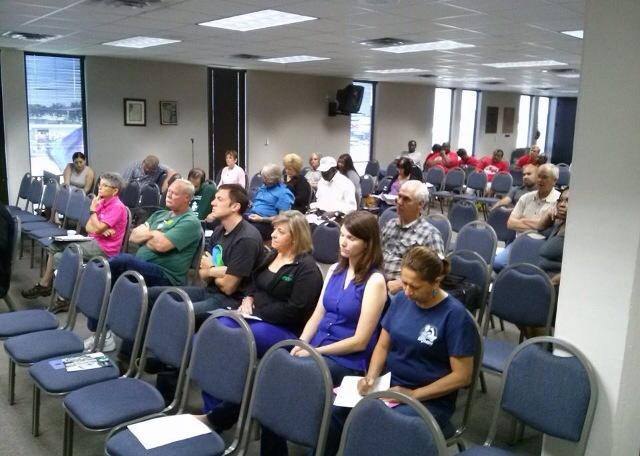 An endorsement required a two-thirds vote of the delegates present or – if a roll call was necessary – votes by delegates representing two-thirds of the approximately 12,000 local union members. The latter occurred in the mayoral vote; Kirfman reports that Martinez showed strong support, and easily won more than a two-thirds representative vote against his only rivals who attended, Steve Adler and Sheryl Cole. (The full list of invited candidates was compiled prior to the final Aug. 18 City Clerk list of ballot qualifiers, Kirfman said, and not all invited candidates chose to attend.)

In addition to Martinez’s union background, Kirfman noted his consistent support for worker’s issues on Council, including recently taking the lead on amendments to the Civil Service rules governing city employee grievances, and his record of working to raise labor standards on economic development agreements and contracts, both at the city and Austin ISD. “We’ve got to be loyal to somebody who’s been loyal to us,” said Kirfman, citing a variation on the old Darrell Royal nostrum, “Gotta go with them that brung us.”

There were no real surprises among the other endorsements. In District 3, Kirfman said members seemed to be persuaded both by Renteria’s persistent work in the community and by his approach of building consensus among neighborhood residents. In District 7, Leslie Pool and Melissa Zone are both Travis County employees and AFSCME members, and none of the (now eight) candidates garnered the two-thirds necessary for a CLC endorsement.

Kirfman also pointed to District 4’s Greg Casar as showing youthful leadership as well as “busting his hump” on worker issues at the city and AISD for several years. “He’s a young guy, but he may have quite a future ahead of him,” said Kirfman. He also described the District 9 endorsement of Kathie Tovo over Chris Riley (and Erin McGann) as “the most painful one in the bunch,” because Tovo and Riley “have both been great on worker issues, and have been there when we needed them. They just got drawn into the same district, and we had to make a choice.”

For more on all the candidates as well as upcoming candidate forums, see the Election page.