In Flight From Central America

A Sunday gathering at the Congregational Church of Austin had all the markings of a worship service – pews at capacity and additional folding chairs to accommodate the crowd. But the noon gathering of about 100 people was intended to show support for Central American refugees, many of them children or young adults, who have arrived in Texas over the summer. 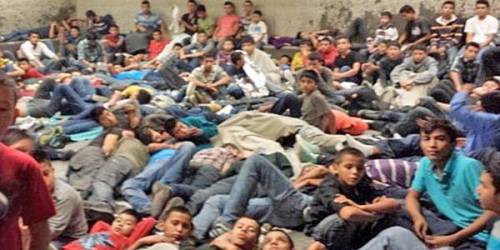 The “Civic Academy on The Refugee Children Fleeing Central America,” at the 23rd Street church just west of the UT-Austin campus, featured Charles Hale, director of the UT-Austin Lozano Long Institute for Latin American Studies, and Jonathan Ryan, executive director of San Antonio-based RAICES (Refugee and Immigrant Center for Education and Legal Services). Two refugees who had made the treacherous journey from Central America offered powerful testimonials about their motivations. (The event was co-hosted by the Congregational Church, Austin Interfaith, the Equal Justice Center, and the Austin region Justice for Our Neighbors.)

Ryan offered historical perspective on the American ideal of welcoming immigrants – a principle he sees quickly eroding as the refugee issue is politicized. “A nation that has declared, through the Monroe Doctrine over 100 years ago, that this is our sphere of influence, our backyard – we have responsibility for the refugee population,” Ryan said. “We are not the No. 1 country on this Earth in protecting and housing refugees, yet it does not stop us every year from issuing a report card on every other nation and how they treat children. That takes quite a big ego.”

Hale has studied Central America social and political turmoil since 1981. Aside from economic distress, a factor contributing to the refugee surge is increased violence as drug traffickers – whose major illegal market is the U.S. – carve out their territories. “One of the real ironies in that factor, to the extent there has been moderate success of combating those elements in Mexico, is that it has shifted them to Central America.”

Nelson Flores, 18, and Kevin Merida, 22, delivered the day’s most powerful messages. Each related details of their treacherous journeys to escape their nations’ violence. Flores fled Honduras after drug traffickers threatened physical harm if he didn’t join their trade: “I didn’t want to get involved with them because you can get in a lot of trouble or lose your life.”

Merida, from Guatemala, chose the occasion to express thanks – a gratitude prompting him to enlist in the U.S. Marine Corps, for which he’ll start his training in October to repay his adopted country. "It is because of people like you that I am here, achieving my dreams," he told the gathering. "I just want to say thank you. God bless you, and God bless the United States.”