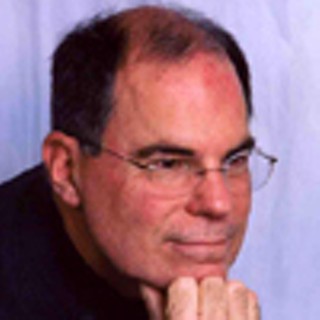 In the fourth day of trial in the suit to block sections of Texas’ abortion law, House Bill 2, the state continued to offer witness testimony in U.S. Judge Lee Yeakel’s Austin federal courtroom on Thursday that has been aided and edited by national anti-abortion figure, Dr. Vincent Rue, a hired representative of the Attorney General’s office.

Dr. Deborah Kitz, a Pennsylvania-based medical facilities consultant, testified that no one helped contribute to writing her report. As they did with witnesses called during Wednesday’s trial, the state again “refreshed” defendant witness recollection, displaying an e-mail chain of correspondence between Rue and Kitz before the court, showing Kitz received Rue's editorial assistance with her testimony in support of the abortion-restrictive law.

“I accepted all changes,” wrote Rue at one point. In another e-mail, Kitz referred to her report with quotations (“my” report) suggesting she was not the primary author. Kitz admitted to becoming “annoyed” and worried with at least one of Rue’s “editorial suggestions” that she did not want incorporated into her testimony because she had not read the study it was based on. It was also shown Kitz included a “waffle-y” statement (her own words) about the ability of suit plaintiff, Whole Woman’s Health clinic, to secure a loan to build an ASC. Still, Kitz contends Rue did not influence her report.

During cross-examination, plaintiffs showed that while Kitz provided opinions that minimized the high expense of ambulatory surgical center construction costs, she had not visited a single abortion clinic in Texas (or Pennsylvania) prior to giving testimony. Additionally, she did not have information regarding the facilities’ physical details (floor and architectural plans, square footage, etc.) and relied on sources pulled from an Internet search for her argument.

Like the three defendant witnesses before him, Dr. Peter Uhlenberg, a sociologist and professor emeritus with the University of North Carolina – who specializes in aging and demography, not reproductive health – denied Rue’s influence, saying he did not discuss his opinions of the case with the AG consultant, when asked by plaintiffs. However, evidence of e-mail correspondence yet again reflected Rue providing to Uhlenberg editorial “ideas,” “fact changes,” and several source files.

Uhlenberg – whose testimony disputed the difficulty of accessing hospital admitting privileges and complying with ASC standards – said he did not request help from Rue. Yet in another e-mail, he wrote to Rue, “I need your critical suggestions.” In another message, Rue recommended that Uhlenberg omit data on the share of abortions performed at ambulatory surgical centers because it undermined their argument. Nevertheless, Uhlenberg testified that Rue did not change his opinions.

Like Dr. James Anderson, an earlier state witness, Uhlenberg has assisted in writing testimony to support abortion-restrictive laws in cases for nine other states. Although Uhlenberg has little experience in abortion research, he wrote a paper titled “Population Problems and the Christian Responsibility." In the text, plaintiffs noted, Uhlenburg wrote that scientific literature should always be tested “against the Bible, that “children are a gift from God,” and that “we shouldn't interfere with the birth of a child.”

As expert witness testimony concluded, plaintiffs sought to include information in the record concerning the amount Rue was paid by the state for his services. Yeakel rejected that motion, saying, the court can draw a “logical conclusion” that he was “paid something” but that it is “not particularly important in this case.”

For the record, Rue received at least $42,000 from the state, according to data from the Texas Comptroller of Public Accounts’ Texas Transparency web site.

While the state and HB 2 supporters have portrayed abortion services in Texas as dangerous and needing stronger regulation, Texas Medical Board executive director, Mari Robinson, a named defendant subpoenaed by plaintiffs, clarified instances of abortion provider infractions. Robinson testified that, to the best of her knowledge, from 2001 until 2013, only one of 50,000 alleged cases of physician misconduct involved an abortion provider; the violation did not have to do with patient abandonment or procedure complications but related to informed consent and disclosure issues.

Abortion providers, represented by the Center for Reproductive Rights and attorneys with O'Connell & Soifer, are seeking to block the part of HB 2 that forces abortion clinics to comply with the same standards as ambulatory surgical centers. Scheduled to take effect Sept.1, the ASC rule is expected to reduce the number of abortion centers in the state to as few as six. The lawsuit also challenges HB 2’s provision that mandates physicians obtain admitting privileges at a hospital within 30 miles of where the abortion is performed, specifically for two clinics forced to close because of this rule – the Whole Woman's Health clinic of McAllen and Reproductive Services of El Paso.

While today marked the end of witness testimony, both sides still need to submit more deposition paperwork. Closing arguments will take place Wednesday, Aug. 13, at 10 am.