Texas Attorney General Greg Abbott is asking the 5th Circuit Court Appeals to uphold the state’s ban on same-sex marriage, according to an appeal filed this week.

In the 42-page brief, Abbott argues the constitutional amendment barring marriage equality reflects the state’s interest in promoting procreation between a man and a woman.

The expected appeal comes six months after San Antonio-based U.S. District Judge Orlando Garcia ruled Texas’ marriage equality law unconstitutional and a denial of the equal protection clause. “Texas’ current marriage laws deny homosexual couples the right to marry, and in doing so, demean their dignity for no legitimate reason,” wrote Garcia in his February opinion. However, the preliminary injunction did not take immediate effect as Garcia issued a stay pending review during the appeals process.

“Texas’s marriage laws are rooted in a basic reality of human life: procreation requires a male and a female. Two people of the same sex cannot, by themselves, procreate,” the brief reads. By encouraging opposite-sex marriage, the state also seeks to “minimize societal costs that can result from procreation outside of stable, lasting relationships.”

Because the Constitution's equal protection clause only requires that state law be "rationally related to a legitimate state interest,” the state is well within its bounds to maintain the same-sex marriage law, they argue. The brief also dismisses U.S. Supreme Court precedent in Windsor, stating the ruling did not affect the role of the states in dictating marriage laws.

Abbott’s brief concedes that if marriage is, “primarily defined as a public solemnization of the mutual love and commitment between two people [...],” then it is “easy to see how there seems to be no legitimate reason to deny same-sex couples access to the legal institution of marriage."

However, that’s not the state’s definition.

Speaking in eerily clinical terms, the attorney general considers the legal institution of marriage to exist, “primarily to encourage the orderly propagation of the human race by channeling naturally procreative heterosexual activity into stable, responsible relationships.” In their strictly procreation perspective, the state gets even more dispassionate, writing the purpose of marriage is to “generate positive externalities (and avoid negative externalities) for society by encouraging responsible behavior among naturally procreative couples, not to publicly recognize the love and commitment of two people.” (Hard to imagine that one in a wedding card.)

If the argument against same-sex marriage rests explicitly on the ability to procreate, what about infertile couples or those that choose not to have children of their own (Abbott himself adopted a daughter with his wife in 1998)? By this logic, these couples should, too, be barred from walking down the aisle. But, an opposite-sex couple who cannot conceive is still better for society than a same-sex couple, says the state: “By encouraging faithfulness and monogamy between a fertile person and an infertile opposite-sex spouse, these marriages—even though infertile—serve to channel both spouses’ sexuality into a committed relationship rather than toward sexual behavior that, for the fertile spouse at least, may result in costs that are ultimately borne by society.”

Ultimately, Abbott writes, the decision belongs to voters, not the federal courts. And because Texas voters decided in 2005 to pass a constitutional amendment relegating legal marriage to “consist only of the union of one man and one woman,” with 76 percent of the vote, they’ve already spoken.

However, attitudes about same-sex marriage are swiftly evolving, lending some to believe if the vote was taken today the percentage would look much different. (The brief, in part, admits the transforming perspectives, with caveats: “Views on same-sex marriage are changing. They may continue to change. They may not.” / “The procreation-focused view of marriage is not as widely held as it once was. But that does not make it irrational.”)

For example, the largest increase in support for the gay community was found among voters’ growing approval of same-sex marriage, according to a 2013 poll from state LGBT rights lobbying and advocacy group Equality Texas. By a 47.9% to 47.5% margin (a minor plurality) Texans said they support allowing lesbian and gays the freedom to marry, a more than 5% increase since the September 2010 poll. Additionally, a June 2013 Texas Tribune/University of Texas poll showed 39% of those surveyed embraced same-sex marriage, up 10 percentage points from 2009.

Representing the two same-sex couples who brought forth the lawsuit against the state, attorney Neel Lane tells the Chronicle Abbott’s brief is a rehash of failed anti-marriage equality legal points. “They repeat many of the same arguments that have been trotted out numerous times to support restrictions on same-sex marriage and have been rejected in every district and circuit court that have considered them,” says Lane. “So really, there’s nothing new.”

“It’s been seven years since this legislation has passed, they’ve had all the time in the world to come up with a good argument against equality and this proves again, there just isn’t one,” adds Lane. 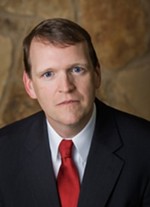 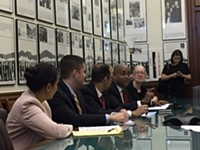