How do you fit three dozen candidates into two hours?

The short answer is: You don’t – although the Network of Asian American Organizations is to be congratulated for trying. The NAAO hosted 28 City Council candidates Saturday morning at the Asian American Resource Center, allowing roughly five minutes per candidate – and heard them all with only about 30 minutes spillover. 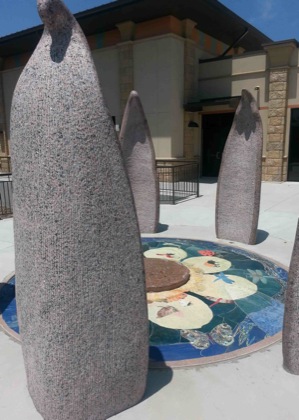 This was only one of Saturday's forums candidates were rushing around the city to attend, and featured a few more than a third of the nearly 70 declared candidates. (Had they all participated, we’d still be there.) In groups of twos, threes, fours, and even six, each candidate spoke for three minutes (generally a miniaturized stump speech) and then had two minutes to field what turned out to be one question. It was a convenient occasion to get a snapshot of a large group of candidates; accompanied by the NAAO questionnaire submitted earlier, the separate NAAO political action committee plans to make endorsements in the mayoral and Council races.

At this sort of speed-campaigning, it’s difficult to draw many specific conclusions. But a few highlights (and occasional lowlights) emerged. And in an interesting twist, candidates were not necessarily grouped by district – lines were occasionally crossed in the groupings, and lent some contrast across district lines.

Most candidates attempted to evoke some connection with either Asian heritage (very broadly conceived) or the AARC itself, now about a year old and host to many cultural and social events. That could mean a bit of distant family connection: District 1 candidate Dewayne Lofton informed his audience that his great great grandmother had been “brought from India and stripped of her culture”; he also noted his service on the Human Rights Commission, which had passed a resolution to encourage Council to move forward on the plan to expand the AARC to included a commercial kitchen.

The kitchen was a recurring theme; a few months ago, Council considered completing – from mid-year “surplus” funds – the planned expansion, which serves the AARC’s senior meals program, but voted 4-3 to wait until fall budget planning. Several candidates rubbed the local sore spot, and mayoral candidate Mike Martinez noted that he, Kathie Tovo, and Laura Morrison were the three votes for approval. (The AARC is gonna get its kitchen.)

Others also noted broadly “Asian” connections (although East Asian constituencies predominate among the NAAO organizations, the designation covers countries from the Middle to the Far East). Some were more effective than others; most cited some generic family “immigrant” connection, although a few had more persuasive connections. Tina Cannon (District 10) mentioned her mother’s Turkish roots; Tovo mentioned her adopted Chinese daughters (and her active participation in the AARC); Fred McGhee (District 3) greeted all with “Aloha!” to emphasize his years in Hawaii as well as his own multicultural background. (McGhee was also the only candidate who mentioned his support for the alternative 8-2-1 districting plan, which was also supported by the Asian-American community as more likely to encourage their candidacies.)

The silliest moment in the cross-cultural vein was mayoral candidate Todd Phelps’ describing his “close affinity for Asian culture” as reflected in his youthful obsession with martial arts – mercifully, his time expired before he could elaborate on remarks that began with “the slurping of the soup and other clichés.” (Phelps had begun by declaring “I love Austin as much as I love my dog,” an apparent laugh line that garnered none.)

On policy matters, the general chorus ran to “affordability, traffic, water, property taxes,” and for this audience, reiterated emphases on the glories of “diversity” – “diversity is what makes Austin strong” became a mantra. Representatives of the NAAO had begun by listing six priority issues for all the candidates to consider: the AARC; the city’s minority business program (MBE/WBE); increasing Asian American employment in the city’s own workforce; multi-modal public transportation; cultural and social diversity (and avoiding stereotypes about “Asians”); expanding Asian-American membership on city boards and commissions.

That opening presentation (by Jennifer Kim, Ali Khataw, Gopal Guthikonda, Sumit DasGupta, Jade Change Sheppard, and Richard Jung) was in fact the most coherent discussion of these priorities. Because of the sheer numbers of candidates and brevity of their presentations, it was difficult for any one candidate to more than touch on some of these issues. Roberto Perez (District 4) noted the difficulty of navigating the boards and commissions process, and all the candidates committed to improving Asian American outreach, and all mentioned “inclusion” in various ways, hoping to connect with the 100 or so audience members, many of whom announced one or more leadership position in Asian-American community organizations.

In their brief moments, most candidates settled on a variation of Adler’s strategy: Seizing on “economic development,” he argued that the new mayor must work to provide middle-class jobs and incomes, and to help small businesses. (He also mentioned that he had traveled in Asia and all three of his daughters have studied there.)

A few more highlights: Katrina Daniel (District 4) emphasized her experience in state (Texas Insurance Commission) and local (Central Health board) government; Greg Casar (ditto) noted the impact of the Mexican American Cultural Center on the Hispanic community, akin to that of the AARC, and his work on MBE/WBE issues. Laura Pressley (District 4) suggested adding an Asian-American member to the Restore Rundberg effort.

Newsdesk hasn’t mentioned every last candidate – and a few more in the audience who didn’t quite make this particular cut – and we won’t make the attempt. Rather, we’ll end with District 1’s Ora Houston, who promised to work to “dismantle the silos” separating one group of citizens from another, and to work for a city where we all try to understand our common interests and desires for community – and to see the new 10-1 system as an opportunity “to make Austin the Austin that it can be.”

For more on the candidates, the issues, and the campaigns, follow the Chronicle's Election page.