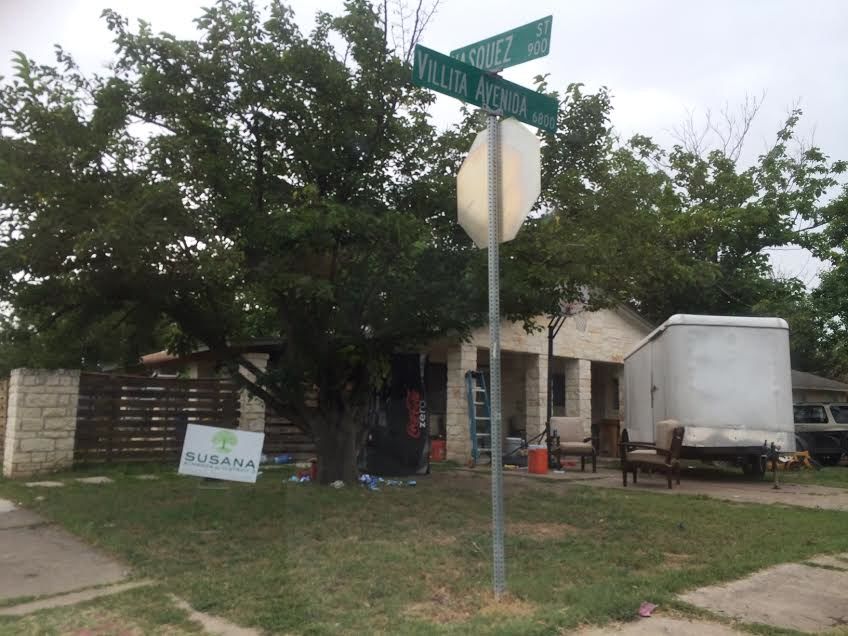 An early melodrama in the crowded District 3 City Council race opened earlier this month when partisans drew attention to a campaign sign for Susana Almanza – normally unremarkable – except that it was posted in the yard of D3 opponent Fred McGhee’s campaign treasurer, Israel Lopez.

Newsdesk asked candidate McGhee about the sign, and he said what matters most is Lopez’s choice in the voting booth – and that a McGhee campaign sign would soon also grace Lopez’s lawn. Sure enough, a sign for McGhee soon appeared. So, what gives?

Lopez says each campaign requested that their candidate's sign be displayed on his lawn. With admiration for both contenders, he agreed. Partisans of other candidates in the currently nine-candidate race began buzzing about the curious placement of the Almanza sign – there was even a brief car chase involving Lopez and an opponent's volunteer paparazzi – and soon enough, Newsdesk and other reporters began asking impertinent questions.

The mini-drama has elicited such a personal headache, Lopez now says he’s going to sidestep both candidates at the November ballot box.

“I have a lot of respect for both of them but I don’t want to get caught up in all that. I don’t have time for pointing fingers and politics,” he says.

Meanwhile, in the still very early race, accusations have already been flying of intimidation and campaign signs disappearing overnight, reflecting long-simmering antagonisms among District 3 (and especially Montopolis area) neighborhood activist groups. The disputes are not likely to be confined to Lopez's front yard.

Already teetering on the edge of burnout, the campaign treasurer says he’s had enough of the distractions clouding the early race and just wants to focus on coaching his Montopolis Little League team.

Exasperated and half-joking, Lopez proposes digging up old presidential campaign signs and planting them in his front yard to confuse onlookers. “If I can find an old Ronald Reagan sign, or an old Clinton sign, I’m going to put it up, too.”