The Road to 10-1: Western Additions 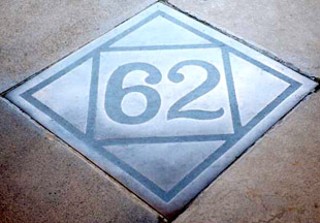 Catching up on the November City Council races – still unofficial until the formal filing period opens, July 21 – a couple more folks filed campaign treasurer designations in recent weeks. That brings the total of declared Council candidates to 58, plus five mayoral wannabes – 62! – and a few folks lurking in the underbrush.

Ellen Troxclair, a Realtor and also chief of staff for state Rep. Jason Isaac, R-Dripping Springs, filed a CTD June 9, announcing a run in District 8 (South/Southwest). On her web site, Troxclair says she wants to bring “proven common sense leadership” to City Council, emphasizing the issues of "property taxes, transportation, the cost of living, public safety, and responsible spending.” In addition to her legislative post and her real estate work, she volunteers for the St. David’s Foundation Neal Kocurek Scholarship Fund, Meals on Wheels, and the Texas Parks and Wildlife Foundation.

In late May, Bill Worsham filed a CTD to run in District 10 (West/Northwest). He’s a professional engineer (director of coastal engineering for LJA Engineering) and also a member of the Real Estate Council of Austin, where he serves on the city of Austin issues committee and the transportation committee. He participated in the Independent Citizens Redistricting Commission process (submitting a map for ICRC consideration), and has volunteered, through St. David’s Episcopal Church, with Caritas, Trinity Center, Habitat for Humanity, and Foundation Communities. During a five-year stint with the General Land Office, he helped conceive and implement a coastal erosion response program. On his web site, he lists the city issues he intends to emphasize in his campaign: “traffic, public safety, natural resource protection, emergency management, development planning, and the proper and necessary role of government.” With his wife Laurie, he is co-treasurer of the Republican Freedom Coalition of Travis County, which encourages “Republicans of integrity get elected to local, state, and national positions.”

Meanwhile, Nicholas Ryan Lucier has been saying for several months that he intends to run for Council in District 3 (East/Southeast). Last week Lucier posted the following on the Austin Neighborhoods Council listserve: “I will be announcing my candidacy for Mayor of the City of Austin on July 14, 2014.”

Lucier briefly declared for mayor in 2012, representing the “Mushroom Tea Party,” but dropped out before the official filing period.

In that context, it’s useful to note state law governing candidate declarations: Under Texas law, any candidate must file a campaign treasurer designation once he or she takes any “affirmative action” toward a run for office – and that “affirmative action” may simply be “the making of a public announcement of a definite intent to run for public office in a particular election.” Over the last several months, Lucier’s not the only candidate to say he’s running, while failing to file a campaign treasurer designation – although most have remedied the omission by now. According to the Texas Ethics Commission, any declared candidate must file a CTD, under state law, “even if [he or she does] not intend to accept campaign contributions or make campaign expenditures” – including any expenditures from the candidate’s personal funds.

There remain a handful of Council “candidates” who have said they intend to run but have failed to file a campaign treasurer designation. They run the potential risk of civil or criminal penalties for violating Texas election law.

See more about the 10-1 candidates for mayor and City Council on the Chronicle's election page.