"I'm more Jewish than you think I am," claims Gov. Rick Perry (Photo by Richard Whittaker)

Golda Meir. Saul Bellow. Sammy Davis Jr. And now, Rick Perry. If you thought that they don't come more goyim than the Texas governor, then he has some surprising news for you.

So how exactly is Governor Perry Jewish? How do we dissect the extent of his Yiddishkeit? Would he pass muster before the eyes of an Orthodox rabbi? Is he getting through under the more lenient matrilinial rules of Reform Judaism? Does he go to Temple? Did he convert, and no-one noticed? Does he like teiglach (and who doesn't?) Did he at least buy a copy of Hebrews, the new album by Say Anything?

Here's what the governor told Leibovich:

"I read the part of the Bible that said the Jews are God’s chosen people."

Because, of course, that's what it takes. And, by that argument, anyone that read a Harry Potter book on a British train is a wizard, and anyone that said Yabba-dabba-doo just got a job at the Rockhead and Quarry Cave Construction Company.

So why would Perry namedrop his nebulous Jewish credentials? Beyond, of course, a ham fisted attempt to ingratiate himself with his interviewer. Perry is broadly suspected to be at least mulling another run for president in 2016, so that explains why he was in Beverly Hills for a meeting with the the Jewish Federation of Los Angeles. He also unsubtly mentioned that he's been visiting Israel since 1992, and that's true. However, determined and unwavering support for Israel has become an article of faith amongst conservative Republicans: Case in point, Sen. Ted Cruz's baffling mangling of the history of Apartheid to take pot shots at Secretary of State John Kerry's muted criticism of Israel's internal policies (as we wrote at the time, "Even behind closed doors, Americans can't say what Israelis say about themselves.")

Of course, Perry might not want to mention his newly found Jewish identity secret around his fellow Texas Republicans. He may need a reminder that, back in 2012, radicals like State Republican Executive Committee member John Cook wanted to replace actual Jew Speaker Joe Straus as head of the house because, as Cook said, "We now want a true Christian conservative" running things. 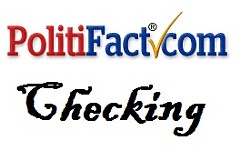 Half True: What Politifact Got Wrong About the GOP and Critical Thinking
Fact checking the fact checkers