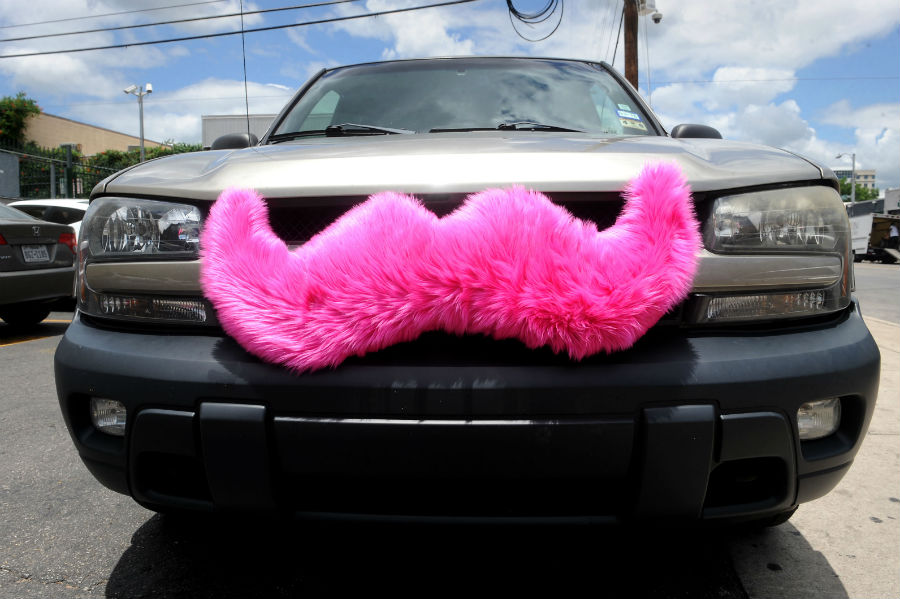 A truly diverse array of automobiles assembled outside of One Texas Center Wednesday night for the first in what should be many stakeholder meetings to determine the terms of a pilot program for Austin’s future with Transportation Networking Companies (TNCs): taxi cabs, Car.ma cars, mustachioed Lyft-mobiles, and Super Shuttles.

Inside, roughly 25 members representing various stakeholding entities – including the city’s uninvited but fully operating guests of honor Lyft and Uber – gathered to answer the question of how exactly this city will fit TNCs into its admittedly inefficient transportation system. Together with three members of the Austin Transportation Department, including ATD assistant director Gordon Derr, set out to round up a working group of participants in future discussions as well as form an agenda for what those discussions will exactly entail.

The main issue, ATD said, will be ensuring proper representation among the working group the Transportation Department intends to assemble during a series of bi-weekly or tri-weekly three-hour meetings public information manager Sam Alexander explained “are going to be intense, and are going to be frequent." Already they’d brainstormed 19 different participants for the conversation, with representatives hailing from taxi franchises, vehicle-for-hire organizations, public safety groups, and the insurance industry. Other suggestions rolled in: people from the visitor’s bureau; those involved in the nightlife industry; Movability Austin; a designated spot for pedicab drivers. ATD plans to whittle that list down and propose a working group soon. They’d like to organize a series of meetings. Status reports are due Aug. 23.

More suggestions came from the galley, when Alexander opened the field to ideas about which exact topics this working group should cover. Some proposed legal liabilities, auto ownership standards, and insurance plans, while others sought regulations on fleet sizes, driver ratings, and vehicle markings for TNC drivers. They all came in addition to the eight ATD had already assembled, which ranged from driver requirements like background checks and drug-use policy to ensuring that all drivers are operating via an equitable service model.

No doubt it’s a lot to cover, but it’s all deserving of proper shakeouts. Such was made abundantly clear during a 40-minute Statement-of-Interest session in which, via a series of three-minute stump speeches, attendees spoke to the issues they thought should be most relevant in the 90 days moving forward – and again on Dec. 2, 90 days after the status report comes in, when pilot program recommendations are due to City Council.

After hearing a statement from Derr in which he expressed the City’s premium on ensuring safety, equity, and reliability, others spoke about the need for TNCs as a result of insufficient cab numbers and a general lack of rule-following from that industry. Two teachers addressed TNCs’ ability to offer supplemental income to those who who may need it. Boone Blocker, with the Urban Transportation Commission and Capital Metro Access Board, said that TNCs need to find a way to cater to all residents, including those disabled, while Joe Woods, vice president of the Property Casualty Insurers Association of America, directed attention towards potential gaps in coverage that may exist with TNC drivers.

The most memorable offering came from Joan Means Khabele, a representative of the Austin Cab Company and the daughter of the longtime Tillotson University educator Dr. James Means and the activist Bertha Means. She spoke of the targeted pickups that may occur when private drivers become paid chauffeurs around the city.

“They say these will be nice cars: BMWs, Mercedes, Lexus,” she said. “Do you think somebody with a nice car will pick up somebody who’s stinking drunk? They don’t want to clean that mess.”

ATD now plans to whittle the TNC Working Group pool down to a viable crew of contributors and attempt the unenviable task of coordinating everybody’s schedules. That group’s first meeting should occur in the next two or three weeks.