The Crowd Grows in District 4

More Council candidates, and Morrison's all in for Tovo 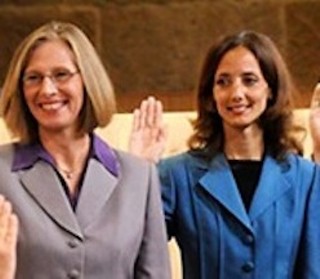 On the Road to 10-1 – the 10-district City Council – the weekend's headline news was the formal announcement by Mayor Pro Tem Sheryl Cole that she is indeed a candidate for mayor. Meanwhile last week, a couple more candidates filed in district races, and incumbent Council Member Laura Morrison endorsed her colleague Kathie Tovo in District 9.

In the north central District 4, candidates continue to accumulate. The latest candidate to file a campaign treasurer designation – currently the 11th candidate in District 4 – is Louis Herrin III, a longtime civil engineer at the Texas Commission on Environmental Quality. Herrin said he intends to focus on reducing the crime rate, particularly in the northern end of the district near Rundberg Lane, on ameliorating city traffic, and on “streamlining government processes” at the city, which he described as too bureaucratic and slow-moving. He pointed specifically to city regulations governing the re-use of “greywater” (non-sewage wastewater) as excessively restrictive, in contrast to what he described as the relatively efficient state rules, which he had a hand in drafting.

Also filing recently was Bill Worsham, in the District 10 race (West/Northwest). Worsham is apparently a Ron Paul Republican who organized a Paul Meetup group last year. We’ve reached out to him for more information – thus far unsuccessfully – and will post that info when we get it.

Dave Floyd recently became the 5th candidate to file a CTD in District 5 – as expected – where he will face Dan Buda, Jason Denny, Ann Kitchen, and Mike Rodriguez. A couple of others – Dominic Chavez and Jeff Jack – have been hovering in the wings, but undeclared.

Also over the weekend came the news that incumbent Council Member Laura Morrison – who considered but declined a run for mayor, and will be stepping down in January – has wholeheartedly endorsed her dais colleague Kathie Tovo, who currently faces two opponents in District 9 (central): Texas Department of Justice staffer Erin McGann and another incumbent CM, Chris Riley. It's not suprising that Morrison would support Tovo; each ran for Council after serving with the Austin Neighborhoods Council and consider themselves neighborhood/homeowner advocates. They also often find themselves together on the losing end of 5-2 votes over development issues – especially over how best to enable (or restrict) increased residential density in inner-city neighborhoods.

In a press release anticipating Tovo’s formal kickoff event this Tuesday evening at El Mercado, Morrison praised Tovo’s votes against the city’s sponsorship of Formula One and against "a multi-million dollar give-away to a hotel developer (i.e., fee waivers for Marriott’s Congress Ave. hotel). Morrison continued: “Kathie’s voting record has also demonstrated her firm commitment to the environment, affordability, sustainability, education, neighborhoods and local businesses.” Morrison is the first incumbent council member to make a public endorsement in any of the fall races.

You can find your Council districts and read more about all the candidates on the Chronicle’s election page.