Not this many City Council candidates … yet (Photo by Creative Commons)

There are upwards of 50 candidates now declared or “seriously considering” running for City Council in November, with a visible bump in campaign treasurer filings as May 8 – the first day to solicit or spend contributions from donors – approaches. As of Monday evening, April 28, here’s a list of new names recently added to the district races.

These names represent just the new names – the latest sample of more than 40 people who have filed treasurer designations with the City Clerk. There are quite a few more candidates who have declared their intentions, but have not yet filed a treasurer designation. We’ll have a full update of all the Council races, and the mayor’s race, in this week’s print edition.

Note: we had earlier reported May 4 as the opening of the money season, but the Clerk’s election calendar confirms the accurate date as May 8 (180 days before November 4).

You can look up your City Council voting district here. 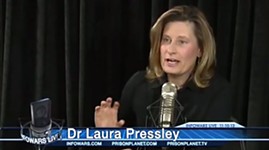