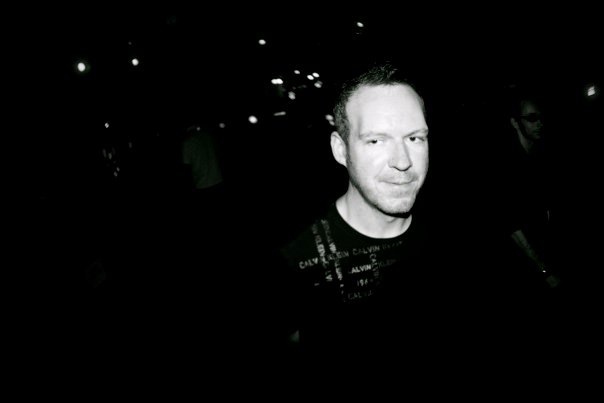 Saturday morning, shortly after 1am, an intoxicated driver, 40-year-old Wade Atwood, took a right turn out of the Wendy’s parking lot Downtown on Seventh Street and was cruising northbound in the left lane of the IH-35 frontage road when he allegedly struck a pedestrian – officials would pronounce the man dead within the hour.

The pedestrian, it was revealed that evening, was an influential one in Austin: the man responsible for operating the Twitter account @ATXHipsters, a news aggregator and cultural disseminator that, since first opening in June 2009, has accumulated upwards of 18,600 followers through more than 221,000 tweets – most of which are automated promotions of stories (continuing via algorithmic action today), from KUT-FM, Eater, CultureMap, assorted city blogs, as well as the Chronicle.

Fittingly, his role as the victim spread through the social media site itself, arriving into many people’s feeds via an announcement made by the DJ known publically as the Glitoris. “This is a terrible avenue to reveal but he had a large online presence … ATXhipsters was hit by a drunk driver last night & passed away,” the Tuezgayz proprietor posted. News feeds throughout the city began to propagate with condolences and peace offerings to the victim and his loved ones.

Most referred to him by his Twitter handle. A few others made mention of his first name, Kelly. But a search through Topsy, a social media analytics tool that can draw references to every public tweet that exists on the Internet, shows that no one posted a tweet that contained anything like a full name, or any particulars about his likeness. In fact, it appears that very few people knew him that well at all.

Conversations with those closest to him reveal this anonymity to be largely by design. “He intentionally wanted to be an enigma,” Austin Bloggy Limits host Ben Wintle, who posted a touching tribute on his own website Sunday, said of his departed buddy. “He didn’t want people to be able to recognize him. He liked the idea that people weren’t sure if [the account was run by] a man or a woman or one person or a group of people.”

“He wanted it to be about the information,” added John Wickham, the owner of Elysium Nightclub on Red River Street. “Not about him.”

Yet still, in the hours since the accident this particular death has stood as a spark plug and re-ignitor in the conversation concerning the city’s continuing struggles with public transit and drunken driving. And it’s not appropriate to say that an @ sign’s done gone now in the wake of a tragic accident. Drunken driving has killed another local, so let’s celebrate the local, so as to let the city know what they’re losing.

Thirty-two-years-old when he passed, the shy, affable Kelly Wayne Noel was the middle of three children, the only son in a family that split years ago when his parents got divorced. He moved to Austin shortly after graduating from nearby Leander High School, taking a job as a coder at Dell, where he worked almost exclusively – there was a brief intermission at AT&T – until his death on Saturday morning.

He opened the @ATXHipsters account in June 2009, working with his friend Dena Greenwalt, whom he’d met years before during a series of Sunday night dance parties at Elysium, to create a news aggregator for what was then still a budding type of social media.

“I don’t think he had any idea how big it would get,” Greenwalt, who helped design the profile’s aesthetics but took a backseat when Noel started coding the largely automated feed’s aggregation system, told the Chronicle. “It was just something fun and interesting. It was new technology, and he was just playing.”

It ended up getting quite popular, and Noel, whose shyness had evolved into what friend and Republic of Austin author Chris Apollo Lynn described as an angelic sweetness, had achieved his personalized type of fame: influential on the Internet but unidentified in real life.

“Whenever I’d introduce him in relation to @ATXHipsters, he’d go ‘Shut up!’” echoes Wickham. “People talk about the team, or because of his name they’ll refer to him as ‘her’ or ‘she.’ It’s funny, and he wanted it that way.”

Josué Robles, his on-and-off-but-largely-on boyfriend of five-and-a-half-years, said that Noel was the consummate nobleman, a loving son who took devoted care of his father after a stroke nineteen years ago. “He was the softest bull you’d ever meet,” he confided, alluding to Noel’s astrological designation as a Taurus. “He was a very quiet person unless he really liked you. Then you couldn’t get him to shut up.”

Mostly he cared about music, about making sure the locals got their attention come set time, but each person I spoke with Sunday reiterated over and again about how adamantly opposed Noel was to the practice of drunken driving. He hated it with all his being, they said, eventually moving from an apartment in South Austin to his current place on Eleventh and I-35 so that he could walk from the clubs to his home without having ever to sit behind a wheel.

Robles had tripped down to his native Del Rio Thursday night to visit family for the weekend, so he wasn’t in Austin to respond to the news that his boyfriend had been hit. Had he been home, he’d have been able to step out onto the balcony of the apartment they often shared to see the scene of the accident – the cops, the cars, Noel’s body, and, in a sick twist of irony, the second drunken driver who came crashing through the crime scene a few hours later.

“I keep calling his phone number, but it keeps going straight to voicemail,” he said Sunday as he readied his return to Austin, where he’ll recover their dog, Sativa, and meet with Noel’s parents to plan the funeral. “I still have the ring he gave me on my finger. In my head, we’re still together.”