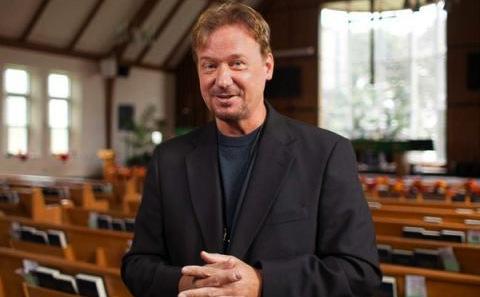 In a polarized America, it's easy to forget that Christianity is not a monolith. Anti-LGBT screeds may make good headlines, but they are not the whole story. Religion’s uneasy relationship with queer communities has been far too easily caricatured by reactionary bile. In truth, it can no longer be drawn with chiaroscuro lines.

Like it or not, Christianity still dominates the public sphere. And it still drives the political behavior of a significant number of lawmakers and voters. That makes people like Rev. Frank Schaefer pivotal to the national discussion on LGBT rights. He represents a quiet shift in mainline Christianity. His support of equality was not formed despite his faith, but because of it.

And in many ways, Schaefer’s story captures both the worst and the best of that conversation. The Pennsylvania United Methodist pastor was defrocked in December for performing the 2007 same-sex wedding of his son. The United Methodist Book of Discipline expressly forbids such unions, maintaining that "the practice of homosexuality is incompatible with Christian teaching." Ministers are barred from blessing same-sex unions.

Schaefer's situation was difficult, and the denomination offered a reprieve of sorts. But avoiding punishment was contingent on his agreement to not officiate any further same-sex ceremonies. Schaefer flatly refused, noting three of his four children are gay.

The controversy made national news in its unraveling of the knot of faith and family. United Methodist leaders framed the debate in terms of being backed up against the wall. Schaefer always maintained that no defiance was intended. In a statement released through the Reconciling Ministries Network, Schaefer expressed difficulty in following the Book of Discipline's "competing and contradictory statements." "Frankly, my conscience does not allow me to uphold the entire Discipline," Schaefer said, "because it contains discriminatory provisions and language that is hurtful and harmful to our homosexual brothers and sisters. It denies them their full humanity."

Schaefer's stand was certainly brave, but again it wasn't the whole story. Over the past decade, Christian opposition to issues like same-sex marriage has slowly dissolved. Almost every mainline denomination has groups like the United Methodist Reconciling Ministries, working to spread LGBT acceptance from within.

Even with a majority forming, those voices are often ignored. Understandably, the LGBT community is gun-shy after enduring the rancor of figures like Pat Robertson and Franklin Graham. Still, it is important to recognize allies sometimes come from unexpected places. Faith works in mysterious ways.