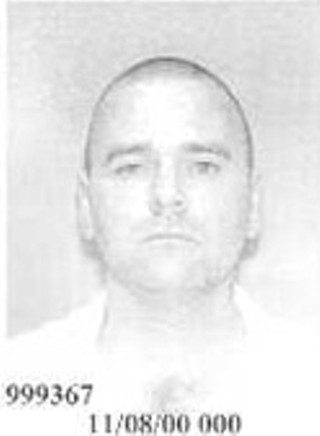 UPDATE: A federal district judge in Houston has stayed the execution of serial killer Tommy Lynn Sells and that of another condemned inmate, until the Texas Department of Criminal Justice makes available to them, via a protective order, information about the drugs it intends to use to execute them.

The ruling, from Judge Vanessa Gilmore comes just days after the Texas Supreme Court stayed a similar state district court order that the information be released. While that case remains pending, lawyers for Sells, scheduled for execution April 3, and for Ramiro Hernandez-Llanas, slated for execution April 9, took the case to federal court, filing a civil rights lawsuit demanding disclosure of information about the source of drugs used to put them to death.

Access to execution drugs has been contracting as drug makers have been shying away from being linked to state-sanctioned killings. Indeed, TDCJ, which appealed the state district court ruling to the Supremes asking them to block it, has sought to keep confidential information about the source of its drugs in part as a means of protecting the drug supplier from "threats of violence" a lawyer for the state wrote in a brief to Texas' highest civil court.

TDCJ will appeal Gillmore's ruling to the 5th U.S. Circuit Court of Appeals – the same court that last week ruled the state of Louisiana must make available to condemned inmates information about the drugs that will be used to kill them.

EARLIER: Travis County District Judge Suzanne Covington has ruled that the Texas Department of Criminal Justice must reveal to death row inmate Tommy Lynn Sells the name of the company that has supplied lethal injection drugs to the state for his imminent execution.

TDCJ says it will appeal the decision

Sells and fellow death row inmate Ramiro Hernandez-Llanas sued yesterday to force TDCJ to release information on the supplier. The state has resisted, in part because drug makers who supply executioners have come under increasing scrutiny.

Covington's order required the state to release the information to the inmates under protective order, barring the information from being released – at least right now – to the general public. Sells attorney Maurie Levin said the broader public has the right to that information, but that this is a good first step and will allow "those facing imminent execution [to] have the information necessary to evaluate whether Texas' execution process will violate their right to be free of cruel and unusual punishment," she said in an emailed statement. "While we believe TDCJ is ultimately accountable to the people of Texas, and that transparency in this process is essential, the assessment of the broader public's right to know will be made at a later date."

TDCJ is "disappointed in the court's decision" and is appealing the ruling, spokesman Jason Clark said in an email.

PREVIOUSLY: In the wee hours of Dec. 31, 1999, Tommy Lynn Sells climbed through an unlocked window of the trailer home where the Harris family lived outside Del Rio.

He groped 13-year-old Kaylene Harris as she slept on the bottom level of a bunk bed and then stabbed her and repeatedly slit her throat when she awoke and tried to escape. Before he left the girl's room he spotted Kaylene's 11-year-old friend, Krystal Surles, there for a sleepover, up on the top bunk. Krystal had her hands in front of her face and throat. Move your hands, was all Sells said to her, she recalled for Nightline, before he reached up and without any emotion, slit her throat.

Sells severed her windpipe, but only nicked her carotid. Krystal survived the attack. Indeed, two days later she identified Sells as her attacker and as the murderer of her friend. Sells subsequently confessed to the crime and then reenacted it for Val Verde County investigators.

Since his conviction for Kaylene's murder, Sells has been linked to other murders and claims to have killed dozens of people across the country (in 2003, he pleaded guilty to the murder of 9-year-old Mary Bea Perez, in San Antonio*), earning him the moniker of “Coast-to-Coast Killer.” In interviews, he has declined to say exactly how many people he's killed, but, in talking with journalist Martin Bashir, suggested it could be as many as 50.

Attorneys for Sells have argued mightily on appeal that his death sentence should not stick: that he is mentally retarded, and thus Constitutionally barred from execution; that he was provided with ineffective assistance of counsel at trial; that his confession to police was involuntary; that the Texas' death penalty scheme itself violates the Constitutional ban on cruel and unusual punishment.

Each of Sells' appeals has been denied.

On March 26, lawyers filed a new suit, in Travis County court, alleging that the Texas Department of Criminal Justice has failed to provide enough information about the drug that will be used in Sells' execution, despite earlier rulings that would require that information to be made public, reports the Houston Chronicle.

On April 3, Sells is slated to become the 5th inmate put to death in Texas this year, and the 513th inmate executed since reinstatement of the death penalty.