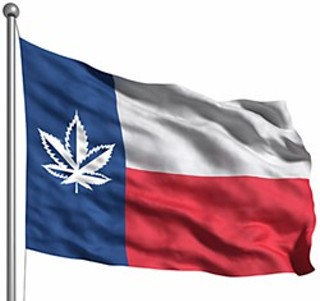 Do you support marijuana decriminalization? How about legalizing medical marijuana? How do you feel about full-blown marijuana legalization and regulation, akin to laws passed in Colorado and Washington in 2012?

Those are the three questions that Progress Texas is asking Texans to answer on a new, confidential online survey designed to move forward the discussion of what marijuana laws in Texas should look like.

Polling conducted last year by the Texas Tribune/UT revealed that Texas voters favor some form of legalization of pot (49%) more strongly that they approve of the job Gov. Rick Perry (42%) has done. A Marijuana Policy Project-commissioned poll of voters conducted by Public Policy Polling in late September 2013 revealed broad support among men and women of both political parties for medi-pot legalization and decriminalization and an encouraging amount of support for outright legalization – 70% of Democrats say they favor a measure like that which passed in Colorado in 2012, while 48% of Republicans said the same.

The numbers are so encouraging that the MPP is, for the first time, pumping real money into Texas, with a paid lobbyist hired to push for reformed. MPP's co-founder and Executive Director Rob Kampia told us in February that he believes pot could be legalized here within five years.

It's with this backdrop that Progress Texas has posted its confidential mini-survey, designed to further vet support for changing the state's pot laws. "We have been intrigued by the issue for a while, and the success of ballot measures in Colorado and Washington [legalizing pot in those states] had us looking at the issue a bit more closely," Progress Texas Executive Director Ed Espinoza wrote in an email. "If the poll from September is an accurate indication, then we think we'll have similar findings in our survey – and we think this is a good way to start a public conversation about the issue."

The survey is here. 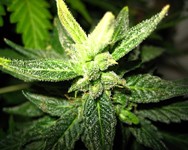