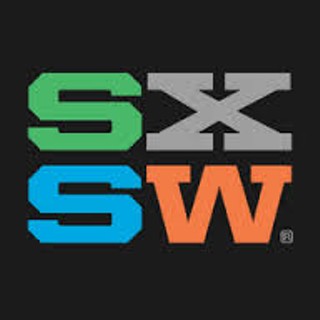 After a brief discussion at last Thursday’s City Council meeting, Council passed unanimously a resolution directing City Manager Marc Ott to conduct “a full post-event evaluation of all events taking place during SXSW.” In a statement, SXSW officials welcomed the review, calling it “a terrific initiative.”

The resolution was sponsored by Council Member Mike Martinez and co-sponsored by CMs Kathie Tovo and Chris Riley, and in the very brief discussion prior to the March 20 vote, Martinez said that the resolution and review – although specifically confined to the “SXSW Music Conference and Festival” – will help direct future city procedures for all special events. Referring apparently to the March 14 Red River crash in which four people were killed, Martinez said, “It was a difficult SXSW, but it’s not related just to SXSW. Austin has truly become an international destination for many folks at many different times of the year,” and the resolution is aimed at improving city procedures – in “public safety, transportation, capacity” – for all major events.

Responding to a question about the potential makeup of the review committee, Martinez noted that the Music Commission and the Urban Transportation Commission, and likely the Public Safety Commission will be directly involved in the review, and all are subject to open-meetings laws. “We want everyone to participate,” said Martinez.

Although the resolution is fairly sweeping in the festival issues subject to review, it focuses primarily on safety-related issues raised by the huge crowds attending the public events. Matters mentioned by name include: event capacity, traffic management, event “sprawl” into residential neighborhoods, other crowd issues, and potential feedback from the Texas Alcohol and Beverage Commission “related to free or donated alcohol” at festival events.

Following the Council vote, Festival spokeswoman Elizabeth Derczo issued a brief SXSW supporting statement: “We fully support this 360-degree examination of the ways in which the City of Austin, SXSW, and all involved parties can better improve the event. It's a terrific initiative and we're eager to incorporate the results to produce the best possible event for all SXSW attendees – global and local alike. We look forward to the discussion and ongoing collaboration.”

The full resolution, adopted without amendment, reads as follows:

WHEREAS, the South by Southwest Music Conference and Festival (SXSW) has been an Austin institution since 1987; and

WHEREAS, festivals play an integral role in preserving Austin’s status as the self-proclaimed Live Music Capital of The World; and

WHEREAS, these festivals are a significant and vital part of the local economy and culture; and

WHEREAS, SXSW is a City Co-Sponsored event requiring significant city resources devoted to the safe enjoyment of the festival, timely issuance of permits and maintaining the quality of life for its citizens; and

WHEREAS, during SXSW some 2200 bands perform at nearly 100 stages over the course of 6 days and in addition, hundreds of ancillary events take place throughout the city using existing venues and other property; and

WHEREAS, it is the desire of the City Council to engage with stakeholders to obtain yearly feedback; and

WHEREAS, stakeholders shall include not just the requisite city departments and representatives from SXSW, but also event producers and venue owners who work hand in hand with the Festival to ensure successful showcases; and

WHEREAS, neighborhoods adjacent to venues should also be included as stakeholders; and

WHEREAS, the Festival has initiated conversations with stakeholders regarding traffic management, street closures and general crowd dynamics in years previous; and

WHEREAS, an extension of these conversations relative to crowd dynamics and safety should be carried over into planning for overall safety inside venues during SXSW with input from venue owners and event producers;

NOW, THEREFORE, BE IT RESOLVED BY THE CITY COUNCIL OF THE CITY OF AUSTIN:

The City Manager is directed to conduct a full post-event evaluation of all events taking place during SXSW with respect to the following:

Coordination with existing venues on issues related to safety and capacity for festival showcases and day parties;

City personnel, the deployment of public safety, and the availability of permitting resources;

Management of crowds outside venues;

Impact of queuing of lines into open streets; and

Coordination of advertising, promotion, and credentials relative to the venue;

The Music Commission should hold public meetings related to this post-event evaluation and should provide feedback to the Council on proposed relevant code changes.

The Urban Transportation Commission should hold public meetings related to traffic management during festivals and should provide feedback to Council on proposed relevant code changes.

The City Manager is directed to report back to Council with the results of the post-event evaluation and any proposed code changes within 90 days.