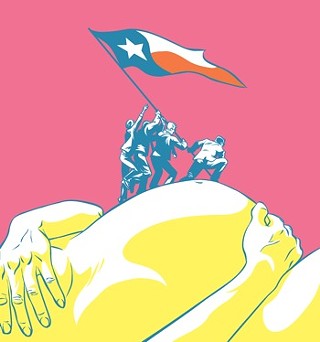 The 5th U.S. Circuit Court of Appeals has ruled in favor of the state of Texas, finding that the hospital admitting privileges requirement for abortion clinics and restricted protocol for administering pharmaceutical abortions, both contained in controversial abortion regulations House Bill 2, are constitutional.

The ruling upholds those requirements, finding that federal district court Judge Lee Yeakel erred in deciding otherwise – ironically, including his finding that 24 counties of the Rio Grande Valley would be left without any abortion provider if the admitting-privileges portion of the law would be allowed to take effect.

Although the opinion, written by controversial Judge Edith Jones cites that "error" in particular, it has come to pass – earlier this month – that all of the abortion providers in the RGV have closed, specifically because of the admitting-privileges provision.

The court carved one exception to its finding, ruling that the admitting-privileges provision could not be enforced for clinics who "timely applied" for admitting privileges, but have not yet been informed whether they will be granted those privileges.