‘Against the Grain’ of Justice 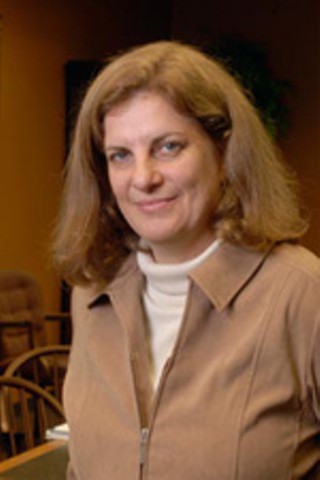 Regardless of the severity of the crime, every 17-year-old – whether popped for marijuana possession or for capital murder – is processed this way. For many veteran stakeholders of the state's juvenile justice system, this one-size-fits-all approach doesn't make sense. "I don't think they're mature; I don't think it's right to treat a 17-year-old as an adult," Judge Jeanne Meurer, who spent more that 20 years handling Travis County juvenile cases before retiring to senior judge status in 2008, told members of the Texas House Criminal Jurisprudence Committee Tuesday. Seventeen-year-olds are in no other arena considered adults, she noted. "The only way you can be an adult is to commit a crime." That, she said, goes "against the grain" of common sense and of justice.

As part of their interim charges Texas lawmakers are considering whether the state should change the nearly 100-year-old law, raising to 18 the age at which a person is considered an adult when it comes to crime and punishment. According to witnesses invited to testify before the committee, there are good reasons to do just that.

Youthful offenders jailed under the adult system are far more likely to commit additional crimes in the future, said attorney Michele Deitch, who teaches criminal justice policy at UT-Austin’s LBJ School of Public Policy, and youthful offenders housed in adults correctional facilities are 36 times more likely to commit suicide than their counterparts in the juvenile justice system. And the vast majority of 17-year-olds in the system are there on misdemeanor, non-violent offenses – most often for larceny/theft, followed by marijuana possession, she said.

Changing the age to 18 would not change much about the ability to hold a youthful offender responsible for criminal acts – a prosecutor could still seek to certify as an adult any juvenile charged with a felony offense (that happens roughly 200 times each year in Texas) – but would place a new financial burden on county and state juvenile justice systems, she said.

According to numbers provided to lawmakers, there are currently, roughly 5,000 17-year-olds involved with the Texas criminal justice system, including up to an estimated 3,100 in county jails and 135 in state prison facilities. There are currently 32 17-year-olds being housed by the Travis County Sheriff, TCSO spokesman Roger Wade wrote in an email.

Counties would certainly see increased juvenile court dockets, and would likely need to increase resources in juvenile probation departments. Similarly, the Texas Juvenile Justice Department (formerly known as the Texas Youth Commission), would need to expand its capacity to some extent – though not nearly as much: 98% of youthful offenders are dealt with in local juvenile justice programs; just 2% ever end up in TJJD's "secured programming," said Mike Griffiths, TJJD executive director.

Nevertheless, keeping 17-year-olds in the adult system carries with it its own set of challenges – including significant financial burdens placed on county jails by the federal Prison Rape Elimination Act, which went into effect in 2012. The Act requires that youthful offenders be physically separated at all times from adults in jail and prison facilities, without confining them to de facto isolation. While the law doesn't include an enforcement mechanism, not complying with its provisions does open jail and prison operators up to serious liability issues, stakeholders told the committee. Moreover, segregating jail operations to comply with the provisions, as does Dallas County, said Sheriff Lupe Valdez, costs lots of money. In Travis County, youthful offenders are housed together in "direct supervision units" where they remain out of their cells and are watched by corrections officers. The county is currently in the process of doing a study to figure out how to house the juveniles in their own unit while still keeping them in their proper risk classification level, Wade wrote.

Not every witness supported the proposed change. Nueces County D.A. Mark Skurka told the committee that his "informal" survey of people in his jurisdiction reveals little support for the change. Regardless what science says about a 17-year-old brain not being fully developed, Skurka said the crimes these youthful offenders commit are real. They're not making "silly mistakes," he said. "I don't care what you say, they're doing adult crimes."

But the majority of the witnesses – including veteran jurists, juvenile defenders, and probation officials – appeared to agree that the change should be made – though carefully, with a methodical implementation period, so as not to create any weighty unfunded mandate for counties.

Ultimately, the question is "how do we want to treat our children?" asked Randy Turner, chief juvenile probation officer for Tarrant County. "How do we address the needs of the children of Texas?" These questions, he said, "merit serious review."