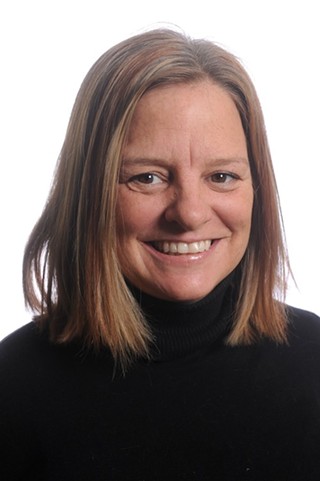 In bittersweet news that leaves her Chronicle colleagues in a very contradictory mood, staff writer Jordan Smith will be moving on, effective May 1.

It was announced today that Jordan has accepted a staff writer position with Pierre Omidyar’s First Look Media, a new media organization that launched in February its first digital magazine, The Intercept, which was cofounded by Glenn Greenwald, Laura Poitras, and Jeremy Scahill. In her new position, which begins June 2, Jordan will cover criminal justice for The Intercept.

Jordan has been our colleague since the late Nineties – when she broke the Lacresha Murray story that eventually resulted in freedom for Murray, initially convicted of murder – and has been a distinguished and indefatigable reporter for us all these years since, right on up to the recent freedom of Fran and Dan Keller, also in large part the consequence of Jordan’s remarkable, insightful, and tireless reporting. We can’t begin to count the crucially important stories in between.

Jordan has also been an inspiration, a vital presence, a joyful noise, an irreplaceable friend to every Chronicle staffer (especially those of us in the News department), and an indispensable Chronicle voice. She is truly a hard-nosed reporter – she never hesitated to interview the most difficult sources involving the grisliest homicides under the sketchiest circumstances – yet she preferred to avoid stories of abused animals, because she couldn’t bear the heartache. Her reporting won plenty of prizes, and most importantly, every single one of her stories made us proud – to read her scintillating work, and to be her colleague.

Right now we’re feeling very happy for her and her new challenge and journalistic prominence – and very sorry for ourselves. We congratulate her on her new and important reporting venture, and urge her – since she’ll still be based in Austin – to never be a stranger at the Chronicle.