Saving the Joy in Toy Joy

While the reports of their closing may not have been greatly exaggerated, Austin shopping institution Toy Joy, reported to be closing this weekend, is not quite ready to throw in the brightly colored, Hello Kitty-festooned towel. 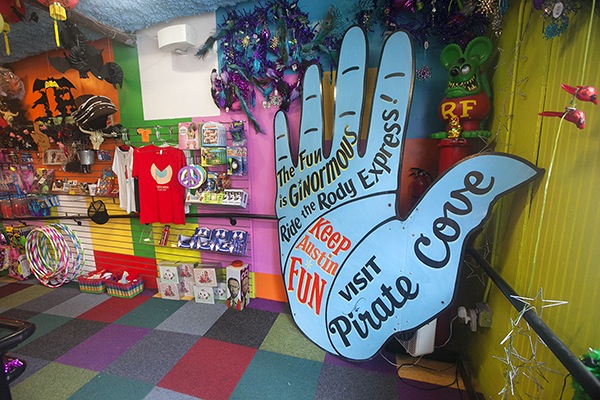 Not so fast, buckos. Toy Joy's not throwing in the towel just yet. (photo by Jana Birchum)

"There are a lot of concerned people out there in Austin who understand what's at stake in losing Toy Joy," said co-owner Trevor Yopp this afternoon when I called to wish him well after hearing the grim news of the toy mecca's reported demise.

Has the store – Austin's sparkle-glitter-unicorn-Hello-Kitty HQ for two and a half decades – gotten some sort of magical reprieve, I wondered? "Not from the bank," replied Yopp. "But there is a possibility the store may be… reinvigorated. We're in discussions with people who may be able to make that happen."

After moving from its original location on The Drag last April, the store relocated downtown to 403 W. Second Street, a move that confounded many of TJ's loyalists.

The move, however, was essential to keep the business open, according to an Open Letter from owners Yopp and Lizzie Newsome released earlier today on AustinNot.com. "Our operating costs were very reduced [in the new location], but there was no money left to advertise our new location. Many Austinites assumed we had closed. Others thought we were selling out by moving downtown, even those who had neglected the former location." 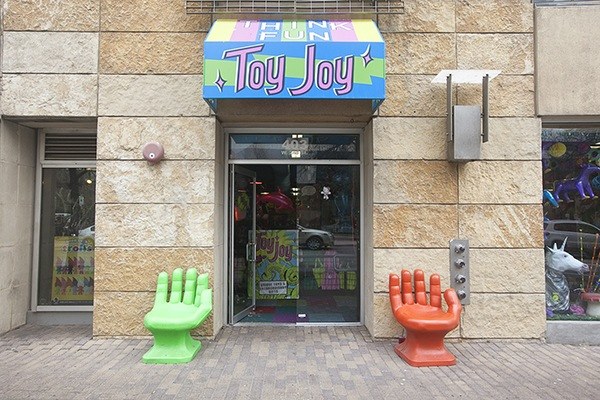 The Toy Joy storefront in downtown (photo by Jana Birchum)

Opened in 1987, Toy Joy’s appeal to both kids and adults made the store a local staple. In recent years, the store faced financial troubles, and their move from Guadalupe Street to downtown was not the solution they had hoped it would be.

Toy Joy co-owner Yopp said that 2013 was “an awful, awful year for us,” according to the Austin American-Statesman’s Gary Dinges, who broke the news of the store's potential closing on Thursday.

But, according to Yopp, the talks they are in may "be able to make this work. It's all still very much up in the air."

What's not up in the air is that Yopp plans to be open until further notice, and is willing to stay open late if customers are in the store. Acknowledging the potential for great crowds during SXSW, Yopp said, "I will be working around the clock. At some times, it may just be me in the store, but if it's still jumping at closing time, I'm staying open, and we'll just keep pushing [closing time] back.

"For now, let's just say closing time is flexible… and that I'd appreciate people's patience. It's just me."

Tonight and tomorrow (Friday and Saturday, March 7 and 8) the store has posted a 10pm closing time. The rest of the week, the store's posted times are 10am-9pm.

Last July, the Austin Business Journal included Toy Joy in their list of Austin’s iconic businesses, writing that “Toy Joy’s iconic façade has been an epicenter of Austin-style weirdness along Guadalupe Street for about 25 years.” 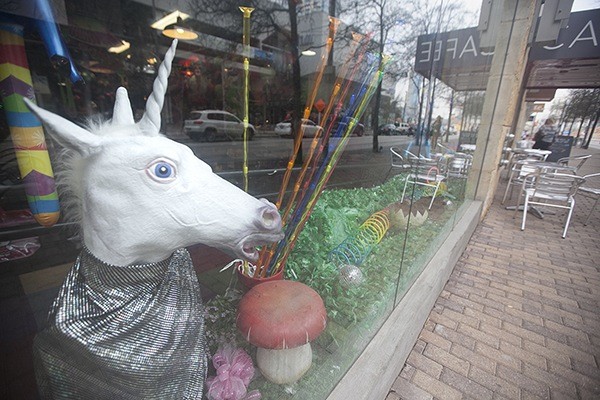 And our readers and critics have awarded Toy Joy 19 "Best of Austin" titles, including "Best New Playful Second Street Addition" in 2013.

This weekend, Toy Joy will still host their Makee Doll Tea Time at the store. They are also still participating in the Mondo and Oh My Disney (fittingly named) event Nothing's Impossible on Saturday.

Staff photographer Jana Birchum swung by Toy Joy today and took some shots of the Austin institution. Click here for the photo gallery.