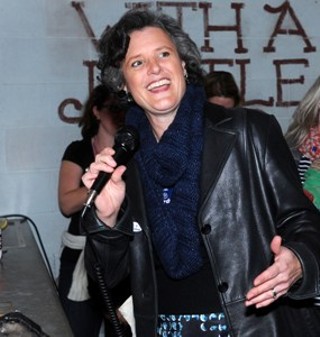 Sarah Eckhardt takes the stage at Whisler's (by John Anderson)

A long and brutal slugfest to attain the Travis County judge seat ended late Tuesday with Sarah Eckhardt taking the prize in a clear 55-45 win over Andy Brown.

The former Pct. 2 commissioner waited out the returns at Whisler’s, formerly known as Rabbit’s, once a popular watering hole of politicians and Eastside locals.

Eckhardt, who in November faces little-known GOP candidate Mike McNamara, is the presumptive successor to long-serving Judge Sam Biscoe, who retires at the end of the year. Brown, as the former chair of the Travis County Democratic Party, had been the favorite of several key Austin political figures, including Congressman Lloyd Doggett and Sen. Kirk Watson. Brown fundraised more and spent more than Eckhardt, and structurally appeared to have the better machine. But Eckhardt campaigned on experience, and challenged Brown’s ties to influential donors, many who had given to Eckhardt’s campaign during her six years on the Commissioners Court.

The race grew its most polarized in the final 10 days, with both campaigns turning up the heat. By comparison, the Nineties-era county judge race between then-commissioner Biscoe and then-commissioner Valarie Bristol was downright small-town and sleepy.

Asked why the contest was so bitter, Eckhardt said: “We’re an urbanizing county with over a million people, and now, the county judge’s position has become very important and highly prized by a lot of very important interests. I was not at all surprised that this became a pitched campaign.” 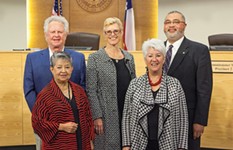 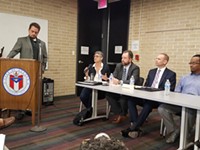