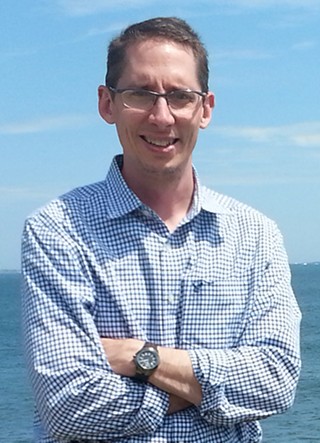 A quick scroll through the Austin Insti­tute for the Study of Family and Culture's website makes one thing clear. Much of the "thinking" in the recently established think-tank concerns what goes on in bedrooms.

The first indication of the bias comes from the staff. The members of the institute all have ties to the religious right. Director Andrew Litschi was the former Assistant Director for the Lumen Christi Institute, an "organization that seeks to advocate and support intellectual work in relation to Catholic tradition." Communications and Operations Manager Gina Sunukjian can be found as a panelist on Biola University's "Love Matters: Defining the Relationship" chapel series – arguing in part that romantic comedies can lead to a premature development of sexual desire.

The research fellows are even more entrenched in the movement. David Gor­don, a Brigham Young University graduate and former LDS missionary, surfaced from academic anonymity with a post on the ultra-conservative Witherpoon Institute's blog, a defense of Simon Fraser economist Douglas Allen's flawed study of the high-school graduation rates among children of same-sex couples. Catherine Pakaluk, who worked with Allen on the graduation rate study, is listed as in the "Circle of Experts" at the National Organization for Marriage associated Ruth Institute – an organization dedicated to "making marriage cool," mostly by frequent iteration that same-sex marriage is uncool.

UT Professor Robert Koons, well-known as a conservative in the academic freedom debate, works with the Texas Public Policy Foundation, a Koch Brothers funded Austin think tank, heavily devoted to right-wing legislation at the Capitol, and which was also instrumental in Sen. Ted Cruz's rise to power. Brigham Young economist Joseph Price, also involved in the graduation rate study, was among the academic signers of  an amicus brief filed in support of the Supreme Court upholding California's Proposition 8.

However, those fellows have contributed little to the Austin Institute's current output. For now, the institute seems to be a showcase for UT sociology Professor Mark Regnerus' work. The AI offices are located a few blocks from Regnerus' campus office, leading some to believe that the institute was a reward for his widely criticized "New Family Structures Study." The 2012 study drew negative conclusions about children raised by gay and lesbian parents, despite finding few respondents who grew up under stable same-sex partnerships. The "apple-to-oranges" approach attracted near-universal rebuke, including public letters from the American Psychological Association and many of Regnerus' colleagues. Nonetheless, the study became an instant cudgel in the culture wars, frequently touted by anti-gay groups like the Family Research Center. The study even appears to have played a role in the passage of Russia's draconian anti-gay laws.

The activist bent of the fellows suggests Litschi's characterization of the institute in a November 2013 Daily Texan article may be obfuscation. In that article, Litschi denies that the think-tank has any desire to sway legislation. In an emailed statement, he frames AI's work as purely intellectual. "The Austin Institute has worked with a range of academics," Litschi says, "Those listed as fellows and many not. We place tremendous value in the intellectual project of the university and the academic freedom permitted to all scholars, regardless of their viewpoint. We remain dedicated to research and education, as that is essential to our mission."

If Regnerus' focus on the hot button issues of abortion, same-sex marriage, and childbearing seems familiar, that is because it shares those concerns with Robert P. George's "Manhattan Declaration," a 2009 manifesto that vows civil disobedience to society's increasing liberality on social issues. The connection is not tenuous. George spoke at AI's first event, "Five Pillars of a Decent and Dynamic Society." He is also a co-founder of the Witherspoon Institute, the major funder of the Regnerus study. The other co-founder, Luis Tellez, is listed as a director in AI's state filings, along with local right-wing businessmen Kurt Schroder and Eric Stumberg.

Those connections allude to what may be the next step for the nascent think-tank, the creation of a polemic mill already being called the "Witherspoon Institute South." A promised survey project titled "Relationships in America" provides some hints. The effort "seeks to understand how American adults navigate and think about the significant relationships in their lives, especially romantic ones." Given the foregone conclusions exhibited in the "Economics of Sex" video, largely culled from Regnerus' research, one shouldn't expect surprising results.