Carter and Clinton to Deliver Keynotes 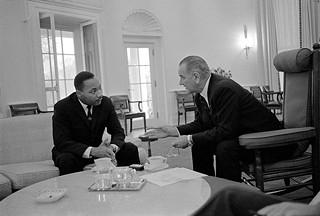 Marking the 50th anniversary of the Civil Rights Act of 1964 – which President Lyndon Baines Johnson shepherded and signed into law – the Library's Summit “will be both a look back at the civil rights movement of the 1960s and a look forward at the civil rights issues still facing America and the world.”

The list of confirmed speakers, still in progress, is available here.

More from the announcement:

“Fifty years ago, President Johnson’s vision for a more just and honorable America contributed to the passing of the Civil Rights Act, the most transformational civil rights legislation since Reconstruction and a crucial step in the realization of America’s promise,” said Mark K. Updegrove, director of the LBJ Presidential Library. “But his vision went far beyond ending racial discrimination. He believed that education, economic opportunity, health care, clean air and water, and access to the arts and humanities, among other things, were inherent civil rights for all Americans—and it’s reflected in his legislative legacy.”

The Civil Rights Summit is this year’s cornerstone event of a multi-year anniversary celebration of President Johnson’s prodigious legislative legacy. Throughout the course of the next several years, the LBJ Presidential Library, the LBJ School of Public Affairs at The University of Texas at Austin, and the LBJ Foundation will partner to commemorate the anniversaries of seminal laws signed by President Johnson that continue to resonate today.

“President Johnson’s legislative achievements underscore for our students how society can be transformed by the efforts of those committed to a life of leadership in public service,” said Robert Hutchings, dean of the LBJ School of Public Affairs. “Now, with the Civil Rights Summit, we will have an opportunity to hear from some of today’s most prominent and distinguished leaders as our students prepare themselves to be the next ‘get it done’ generation.”

Participants in the Summit will include numerous prestigious representatives of the Johnson Administration and family, the American media, current and former elected officials, and members of academia.

For more on the Summit, visit the event's web site. 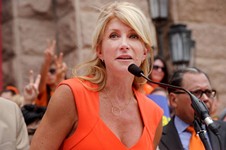 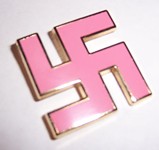 The AggreGAYtor: April 9
What happened today in gay? Here’s your QILTBAG recap of queer news.