Equality Texas and the Dangers of 'Good Enough' 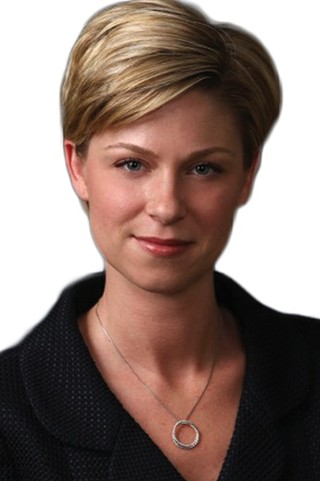 It's perhaps as clear a sign as anything that Texas still has a long way to go towards LGBT equality. Tuesday Equality Texas endorsed Republican incumbent Sarah Davis in her House bid. It was the first time the organization threw official support behind a GOP candidate – a tacit endorsement of "good enough" pragmatism.

Few would question that Davis is the lesser of two evils in the House District 134 Republican primary. Opponent Bonnie Parker is running on a socially conservative platform and has done nothing to engage the LGBT community. Parker has largely ignored the issue altogether in favor of highlighting her aggressively anti-choice stance and a dog-whistle nod to "traditional family values" on her website. Compared to Davis, Parker is light-years behind.

And that's good enough, at least for one of Texas' most active LGBT civil rights group.

The trouble comes when one starts to define what good enough actually means. Equality Texas' annual Legislative Report Card ranked Davis a "C" for her performance in the 83rd Legislative Session. The grade for the 82nd session, unpublicized but recorded on the group's ranking worksheet, was a solid "F." In 2011, Davis offered support for Wayne Christian's thinly veiled attempt to do away with LGBT resource centers. She also co-sponsored the voter ID bill, a critical issue for the trans* community.

All that is not to suggest Davis is enemy number one of the LGBT community. As one of the last remaining moderates in the House, she often broke away from her party in the 83rd session – most notably in her opposition to the abortion omnibus bill. But her record on LGBT rights is a little more clouded. She voted against a Rep. Lon Burnam amendment to a Senate appropriations bill that would have required school districts to report all incidents of alleged discrimination, including sexual orientation and gender identity. However, she voted to table Rep. Matt Krause's controversial amendment allowing student groups to discriminate on the basis of sexual orientation.

Neither vote is evidence of a particular conviction on LGBT rights. Davis is a fiscal conservative, and there was money involved in both bills. More telling was her April appearance at the Log Cabin Republicans statewide conference, a daring move in a Tea Party dominated state. As reported by the Dallas Voice, she was upfront about supporting some measure of LGBT civil rights. After a ham-fisted joke about coming out as Republican, she made it clear that she does not support the Texas GOP's current Trappist obsession with social issues.

“I believe that the definition of Republican, freedom-loving Republican is coming back into fashion in America today,” she told the crowd. “As evidenced by my own election as a young Republican who has no tolerance for what I perceive are social issues that are offensive.” Odd wording aside, her speech was an example of forward GOP thinking.

Elsewhere, she was a little more bold. She texted the San Antonio Express-News, “I believe marriage is a religious sacrament, and the government should not force congregations to perform the ceremonies, however I do not oppose two consenting adults entering into civil unions.”

Again, that's good enough. However, she still couched her language in harmful "separate but equal" rhetoric. "Not opposing" civil unions may elevate her in relationship to the GOP, but in 2014 the compromise is disappointing. On the surface it seems like a way to get around vexing question of religious freedom. In reality, it bars same-sex married couples from hundreds of benefits afforded to their straight counterparts. It's a position that should be both applauded in the context of Texas politics and publicly questioned by the major players in LGBT politics.

Equality Texas Executive Director Chuck Smith did not directly address the marriage equality concern when asked for comment on the endorsement. But he did address the criticism. "Is Rep. Davis exactly where we’d like her to be on all our issues?," he said via email, "No, that’s why she got a “C” on Equality Texas’ 2013 legislative scorecard. But she’s willing to work with us and to hear us out in the places we disagree."

Smith laid out the stakes in clear terms. "In the House District 134 Republican primary in Houston there are two candidates. Sarah Davis has the best voting record on LGBT issues in her party," he said, "[and] has filed legislation that would have ensured all Texans hospital visitation and medical decision making; has worked with Equality Texas to defeat anti-LGBT legislation; and has been public in her support for the LGBT community. Her opponent is Bonnie Parker, who refuses to screen with LGBT advocacy groups, and who opposes every item on the Equality Texas legislative agenda. That’s a stark contrast in outcomes in a race that is generally viewed as competitive in a district that is solidly Republican."

Smith's approach is certainly sober, but it is debatable whether it is ultimately effective. Pragmatism often falls short as a civil rights solution. Pragmatism gave the LGBT community "Don't Ask, Don't Tell." Pragmatism gave the community a version of the Employment Non-Discrimination Act (ENDA) that threw trans* Americans under the bus. Certainly, pragmatism was involved when Equality Texas declined to endorse lesbian Democratic challenger Ann Johnson the last time Davis was on the ballot.

It is true that Davis' Democratic challenger Alison Ruff has little chance of winning the district this go round, especially without a website. But Smith frames the choice as one of duty. "Given our responsibility to advocate for the best possible outcome for LGBT Texans," Smith said, "it would be irresponsible to not work to ensure that Rep. Davis wins her primary."

The choice of the word "irresponsible" is disquieting. Davis is preferable to Parker, but she still belongs to a party whose platform plainly states that "homosexuality tears at the fabric of society and contributes to the breakdown of the family unit." Despite Equality Texas' glowing donation page, Davis is not on the front lines of passing pro-LGBT policy.

And she is certainly not touting her LGBT bonafides herself. Although Davis reportedly signed off on Equality Texas' endorsement, there is no mention of it on her campaign website or Facebook page. It didn't warrant so much as a tweet.

One must wonder why it is irresponsible to suggest that the limited donation money afforded to LGBT causes in Texas may be better directed to the legal costs of the two couples fighting for marriage equality (or in Equality Texas' milquetoast language "relationship recognition") or to candidates that are more unqualified in their community support. It is not reckless to only support candidates who fully believe in equal rights.

Yes, Sarah Davis is a "good enough" candidate. But given the dismal state of LGBT equality in Texas, it's time to aspire for better.