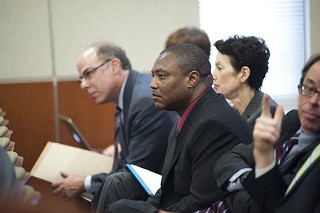 It's been nearly 20 years since Anthony Graves was wrongfully convicted and sentenced to die for the gruesome multiple murder of Bobbie Joyce Davis, her daughter, and four grandchildren in Sommerville – a conviction based on perjured testimony knowingly presented to jurors by then-Burleson County District Attorney Charles Sebesta.

Now, thanks to a change in the law made last year, Graves may finally have a way to hold Sebesta accountable for the prosecutorial misconduct that sent Graves to prison for 18 years, including a dozen on Texas' grim death row.

Graves had an alibi for the night of the 1992 murders and no physical evidence tied him to the grisly crime; his conviction rested almost entirely on the testimony of Robert Carter, who confessed to the killings. Under lengthy questioning by Texas Rangers, Carter initially implicated Graves (Carter's wife's cousin) as his accomplice, but quickly recanted that allegation, saying Graves was not involved and that he had buckled under pressure from police to finger someone else as having helped to kill the family and then set their home ablaze.

Indeed, Carter continued to assert that he had lied about Graves' involvement, but it would seem no one wanted to hear it – perhaps particularly Sebesta, who cut a deal with Carter, telling him that if he would testify against Graves in court, Sebesta would not make any move to pursue Carter's wife Cookie in connection with the crime. Although Carter again told Sebesta that Graves was not involved, he nonetheless agreed to the deal and the very next day Carter took the stand against Graves. Graves was convicted in November 1994.

In the intervening years Carter reached out to a number of people – including to his high school English teacher and to the Davis family – to reiterate that he had lied about Graves' involvement in the crime. Graves' defenders finally got the opportunity to question Carter about his recantation under oath, just two weeks before Carter’s May 31, 2000 execution. In his final statement before succumbing to the lethal injection, Carter again acknowledged that he'd lied: "It was me and me alone," he said. "Anthony Graves had nothing to do with it. I lied on him in court. ... Anthony Graves don't even know anything about it."

Nonetheless, it wasn't until 2006 that a panel of the 5th U.S. Circuit Court of Appeals ruled that Sebesta had engaged in misconduct, suborning perjured testimony that he knowingly put in front of the jury in order to secure Graves' conviction. After four more years of wrangling with the state – initially prosecutors were adamant that they would retry Graves (and, amazingly, thanks to a ruling by Judge Reva Towslee-Corbett, in so doing would be allowed to use a copy of Carter's perjured testimony as evidence) – Graves was ultimately released from prison in October 2010, nearly 16 years to the date after his unlawful conviction.

At the time of the Graves' release, state law contained a four-year statute of limitations on complaints of prosecutorial misconduct, running from the time the misconduct was discovered. That meant that by the time Graves first filed against Sebesta, in 2006, the statutory door was already closed. But in passing Senate Bill 825 during the 2013 session – a bill crafted in response not to Graves' case, but to the exoneration of Michael Morton, wrongfully convicted of the 1986 bludgeoning death of his wife Christine – lawmakers extended the time to file a complaint with the State Bar. The four-year window now begins the day a person is released from prison. Graves was released from prison in October 2010, meaning he has until this October to pursue a charge against Sebesta.

He is not waiting. On Monday, Graves announced the imminent filing of a new grievance against Sebesta, alleging that the lawyer withheld from Graves' defense the fact that Carter recanted his statements that Graves was involved in the crime (including before a grand jury in 1992), that the prosecutor knowingly offered Carter's perjured testimony into evidence at Graves' 1994 trial, and that he has made "false or misleading statements to the public through his electronic webpage" – wherein Sebesta says, in part, that the State Bar has already "cleared" him of any wrongdoing in connection with the Graves case.

As it happens, however, the Bar merely dismissed the 2006 complaint filed on Graves' behalf by attorney Robert Bennett because of the statute of limitations, and not because it found Sebesta had not behaved inappropriately. That circumstance was reported by Texas Monthly's Pamela Colloff back in December. "In other words, the [Bar] never cleared Sebesta of wrongdoing, as he has suggested for years," Colloff wrote. "It never made any determination as to whether or not he had violated the rules of professional conduct. It simply took no action because the statute of limitations on those violations … had run out."

In an email, Graves said he hopes to hold Sebesta and the Texas justice system accountable for the misconduct that led to his wrongful conviction. Indeed, Graves said that he intends to pursue every legal avenue available to achieve that goal, including by filing a federal civil rights lawsuit and by exploring the possibility of convening a state court-of-inquiry review. A court-of-inquiry is the rarely-used legal proceeding employed by Michael Morton to have former Williamson County D.A. Ken Anderson held criminally liable for his failure to turn over to Morton's defense back in 1986 evidence that clearly pointed to another person as having killed his wife. Anderson ultimately pleaded guilty to the deliberate withholding of exculpatory material, was sentenced to 10 days in jail, and agreed to surrender his law license.

"I am filing this grievance in hopes of restoring faith in our criminal justice system," Graves wrote in an email to the Chronicle. "No one is above the law, and everyone should be held accountable – including prosecutors who abuse their authority, and I'm asking the state of Texas to support me in my efforts at seeking justice." 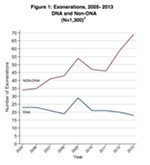