Motions to amend or approve contract both fail, "left pending" 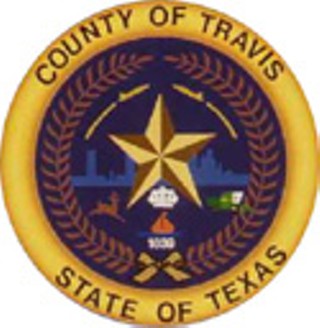 Just after noon today, Travis County Commissioners Court could not agree on what to do about background checks at future Saxet Gun Shows – so for the moment, they've done nothing. Competing motions either to add background checks or to maintain the current contract each failed for lack of a second – the contract, and issue, was left pending.

Prior to the motions, several speakers spoke for and against new regulations covering the gun shows, which have been a fixture at the Travis County Exposition Center, leased for private events, for some years. In the wake of recent headline gun deaths – most prominently the Dec. 2012 massacre at Sandy Hook Elementary School in Newtown, Connecticut – there has been increasing local sentiment to cancel or regulate the Saxet shows, most specifically to require background checks for all gun purchases in or outside the venue. The show contract, lucrative for both the show owners and the county, is up for renewal, hence the consideration of potential amendments.

Several speakers, among them Precinct 2 Commissioner candidate Garry Brown, and gun control activist Ed Scruggs, spoke in favor of greater regulation of the shows and specifically in favor of closing "the gun show loophole" that allows personal gun transactions at shows to proceed without background checks. Several others, among them a lobbyist for the Texas Rifle Association and a Saxet representative, spoke against further restrictions, saying they would amount to discrimination against those who have done no wrong and who are simply exercising their constitutional rights as well as their freedom to do legal business.

When the speakers concluded, Judge Sam Biscoe read a statement indicating that the Saxet owners had showed no willingness to negotiate changes in the contract renewal, and therefore he moved that the contract not be renewed until Saxet would consider amendments. That motion died for lack of a second, with no discussion. Precinct 3 Commissioner Gerald Daugherty immediately moved that the county proceed with the Saxet arrangement on the basis of the existing contract; that motion also failed without a second, and no discussion.

As a consequence, with no action and no motion on the floor, the matter and the contract were "left pending."

Scruggs posted later (via Facebook): "When the current contract runs out (after this month's event) there will be no additional shows in 2014. It appears the only way Saxet could come back is if they volunteer to [agree to] at least a pilot background check – something they've refused to even discuss."

(Following the speakers but prior to the motions, appointed Precinct 2 Commissioner Bruce Todd excused himself to attend a funeral, but his absence did not appear to affect the outcome.)