One step back and two steps forward 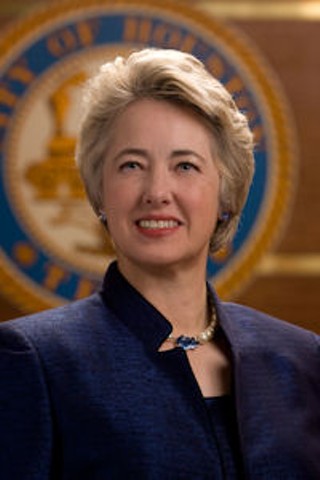 Even in a state as red as Texas, the national trend toward LGBT equality gained momentum. Social conservatives tried vainly to throw on the brakes, but 2013 wins kept on coming.

1) Salute the Troops The Texas National Guard is now allowing same-sex couples to register for benefits, but that didn't happen without a tussle. When the Defense Department ruled that same-sex spouses would be offered the same services granted to straight married couples, Texas balked, maintaining that the Guard had to follow state law. By November, that decision was suddenly reversed, allowing Texas to feel superior to Mississippi.

2) This Time She's Serious All together now. Boooo! Hisssss! No Texas politician this year played a vaudevillian villain better than San Antonio Councilwoman Elisa Chan. After audio of her anti-gay rant leaked to the press in August, Chan doubled down on her opposition to the city's nondiscrimination ordinance. The measure passed anyway, but not before a cliffhanger. And like any good villain, Chan prepped for a sequel – a senatorial bid.

3) Group Think Pundits who think they have Texas figured out have another think coming. And there is no better example of that new thinking than Houston Mayor Annise Parker. Parker handily won a third term in November in a race that largely eschewed dog-whistle politics. By now, every Houston voter knows that Parker is a lesbian. And by an overwhelmingly margin, they said, "so what?"

4) Bad Education This year, GOP lawmakers tried their best to steer school days well away from the dear old Golden Rule days. In a close call, Fort Worth Rep. Matt Krause sought to allow student groups to restrict membership based on gender or sexual orientation. Not to be outdone, Arlington Rep. Bill Zedler focused his efforts on defunding LGBT centers on the basis that they promote "high-risk behavior." Both bills were ultimately defeated, but not before much bluster about "religious liberty."

5) Good Vibrations The usual slate of anti-LGBT bills were countered 31 bills covering everything from anti-discrimination laws to state ID gender markers. Three of those made it out of committee, the first thawing of the Texas Republican's anti-LGBT stance in 12 years.

6) Dems Get Better The Texas Dems may have kicked into overdrive this year with Wendy Davis' filibuster, but the new party cohesiveness wasn't just confined to abortion rights. During the first special session, a handful of lawmakers released a two-part "It Get's Better" video, a clear indication that the 83rd team blue wasn't ready to play nice on social issues. And just to make sure folks really got the message, they filmed it in Truth or Dare black and white.

7) Words and Deeds The Austin Independent School District won its battle with the state with some creative wordplay. In April, Atty. Gen. Greg Abbott issued an opinion stating that Texas government entities could not offer domestic partner benefits without violating the state gay marriage ban. Rattled, AISD abruptly reversed course on their plan to level the playing field. After some hand-wringing, the district decided to move forward – rebranding "daddy's roommate" as "daddy's qualified individual."

8) The Paper Chase Most of the uproar this year about the Texas voter ID law focused on the potential disenfranchisement of women, but it's a raw deal for trans* Texans too. According to a Williams Institute report, 41% of transitioned citizens have not updated their driver's license with the correct gender marker. And 74% did not have an updated passport. Meanwhile, myopic New Braunfels Sen. Donna Campbell (Chan's opponent in the primary) made a failed attempt to remove sex change affidavits from the list of documents that could be used to obtain marriage licenses.

9) Climb a Mountain and Turn Around This year, 10 new states hopped on the marriage equality train, more than doubling the potential locations for same-sex destination weddings. Texas' addition to the list seemed unlikely, despite the November filing of a federal challenge to the state's ban. Now that Utah's ban has been ruled unconstitutional, it's anyone's guess who the landslide will next bring down.

10) Learning Lessons 2012 celebrated ACT UP's anniversary. 2013 struggled to relearn the movement's lessons. The Texas Department of State Health Services' 2012 Texas HIV Surveillance Report gave no indication that the HIV/AIDS plateau would soon be conquered. In metropolitan counties like Travis, Harris, and Dallas, the rate of new infections rose. The report's release followed the news of the Austin/Travis County Health and Human Services Department confirming a spike in adolescent HIV cases in June.