Catching Up with City Council 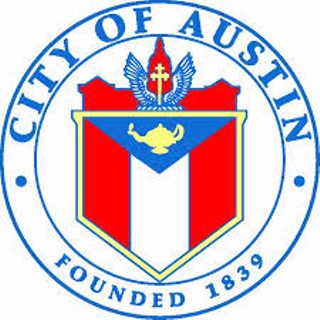 City Council won’t gather together again officially until the New Year – Jan. 23, 2014 (following a work session Jan. 21) – but they descended the dais last Thursday after midnight with a few considerable accomplishments (depending, always, on your point of view). Here are some highlights:

After what had been a protracted land-use, political, and environmental struggle of several years, Council earlier authorized and Thursday essentially ratified the purchase of 606.7 acres of Hays County land – known as the Jeremiah Ventures tract (after the would-be developer). The proposed $18 million deal (not quite closed) was brokered by the The Nature Conservancy, and city real estate staff reported that the cost falls a little under appraisal. Environmental groups and the city had opposed the development because of its scale (600 to more than 1,000 homes atop the Edwards Aquifer, in an area of significant limestone inlets) and because it would use either septic systems (on the low end) or treated effluent irrigation at full buildout. Continuing water rights with LCRA were also an issue, but those too appear to have been worked out, as of last week. Commented Save Our Spring Alliance Director Bill Bunch Thursday in supporting the purchase, “Buying this land for watershed protection is really the ideal outcome for this seven, eight-year struggle that we've been in, over the proposed development of it, up to 1,200 or 1,400 houses and a wastewater irrigation plan.”

The Parks and Recreation Department carried a couple of hotly contested items: (1) the installation of parking meters at the Butler Field ball parks on Toomey Road; (2) the proposed Auditorium Shores Improvement Project. The Butler Field parking meter proposal is an attempt to balance the needs of park users, nearby businesses, and general Downtown parking.

Not everybody is enthusiastic, among them some neighborhood groups and folks simply accustomed to driving Downtown and finding free space … in another era. But Council Member Chris Riley argued that business users or Downtown workers are now dominating the spaces and the meters will discourage squatting. In the end, only CM Kathie Tovo opposed the decision, arguing that there should be other ways – e.g., providing park staff to monitor vehicles and discourage non-park users – and the vote was 6-1.

The other heavily watched item for the evening was “Project Connect,” both a briefing and tentatively a Council endorsement of the “sub-corridors” recommended by the Central Corridor Advisory Group (although in keeping with bureaucratic boilerplate, the agenda listed the proposal as nominally the city manager’s recommendation). Without rehearsing the ins-and-outs of the whole debate – recounted in some detail in this week’s Chronicle cover story, “Urban Rail: Which Way to Connect?” – let it be said that few of the arguments have not been heard before. The central debate, still simmering, is whether the “Highland” or “Lamar/Guadalupe” sub-corridor should be part of the initial plan. After nearly three hours of discussion, Council endorsed the CCAG recommendation of East Riverside and Highland – leaving Lamar/Guadalupe, in theory, for the next phase. The next year’s question will be if the various advocates can come together over whatever the final plan looks like, and how it presumably will appear on the November 2014 ballot.

For more on Council, see the News section in this week's issue of the Chronicle.