Although the state’s execution chamber will remain dark until Jan. 16, 2014, the mechanics of justice continued to turn last week, with key hearings in two death penalty cases in two different appellate courts. 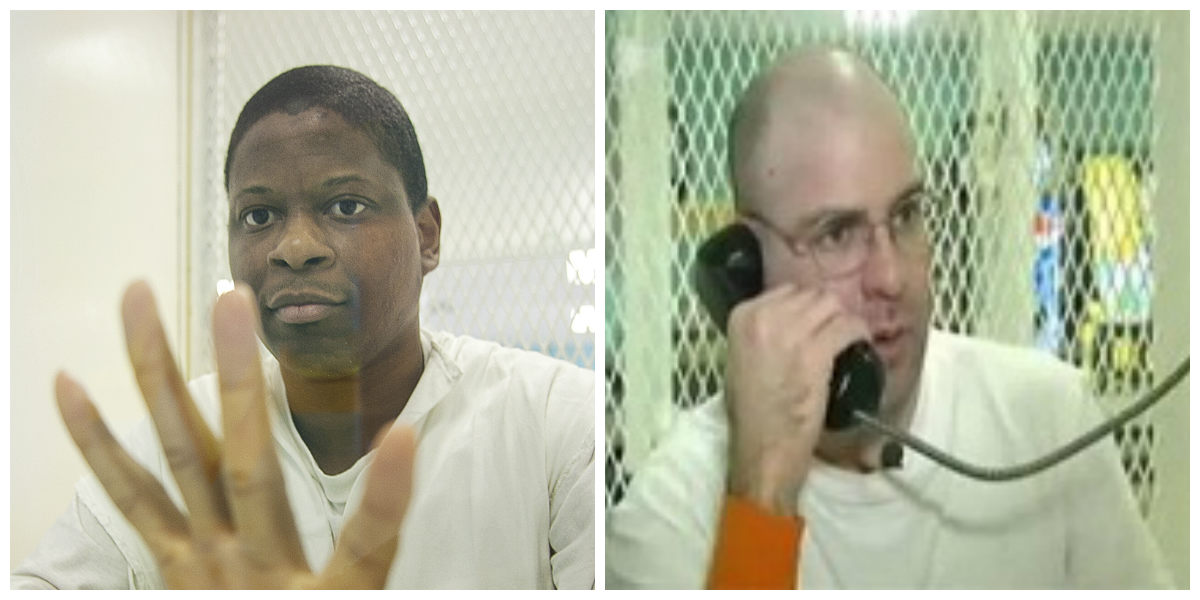 First, on the morning of Dec. 4, the Texas Court of Criminal Appeals heard arguments in an appeal brought by Montgomery County prosecutors seeking to bar death row inmate Larry Swearingen from being allowed to test for DNA several pieces of physical evidence that to date have not been scientifically vetted.

Swearingen was sentenced to die for the kidnapping and murder of 19-year-old Melissa Trotter, a community college student who disappeared Dec. 8, 1998. Swearingen was seen with Trotter not long before she disappeared. He was picked up by police on outstanding warrants several days after she went missing and was jailed; her body did not turn up until Jan. 2, 1999, when hunters found her in the Sam Houston National Forest. She had been strangled with a length of pantyhose, and there is considerable controversy regarding how long she had been dead at that time.

Although there is no direct physical evidence linking Swearingen to her murder, the state points to a raft of circumstantial evidence that they say conclusively affirms his guilt – including a second length of pantyhose that was found inside his home after he was arrested. According to a state forensic examiner who conducted a visual comparison, the two lengths came from a single pair of hose, thus connecting Swearingen to the murder weapon. Because neither piece of hosiery has ever been tested for DNA, the results could provide definitive proof of Swearingen’s guilt or innocence, Jason Kreag, an attorney with the Innocence Project, argued before the CCA. Prosecutors argue instead for a reversal of a court decision granting the DNA request. (For more on the oral arguments, see “Swearingen to CCA: Please Test Evidence.”)

Meanwhile, another Innocence Project attorney, Bryce Benjet, was in New Orleans the afternoon of Dec. 4, arguing before a three-judge panel of the Fifth U.S. Circuit Court of Appeals that it should allow Rodney Reed to once again appeal his case to the federal district court. At issue is whether Reed was denied effective counsel that could have helped him show that he is not responsible for the murder of 19-year-old Stacey Stites, whose body was found off a country road in Bastrop in 1996. There was DNA inside her that officials later determined belonged to Reed. According to the state, Reed was walking along the road in the early morning hours, when he somehow managed to attack Stites, who was driving by in a pickup truck, then raped and strangled her with a length of braided belt, before leaving her body on the side of the road. He then drove into Bastrop and parked the truck near his parents’ house, leaving a length of the belt on the ground outside the driver’s door. Although no other physical evidence tied Reed to the crime, the state has said there was none needed because the DNA was the “Cinderella’s slipper” of the case.

Reed has denied the murder, but maintains that at the time of her death he was involved in an illicit affair with Stites, who was engaged to a Giddings police officer, Jimmy Fennell, currently serving prison time for the kidnapping and sexual assault of a woman while on duty. Reed maintains that Fennell was a far more likely suspect.

Reed’s trial attorneys failed to bring any real evidence to back Reed’s assertion that he and Stites were having an affair, or to bolster his argument that the two last had sex some 24 hours or more before her murder. Importantly, they did nothing to counter the medical testimony of former Travis County Medical Examiner Roberto Bayardo, who testified that the sex had to have happened contemporaneous to the murder because Reed’s sperm would not have been found in Stites’ body if she’d showered between the time they had sex and when she went to work. Bayardo has since agreed with other medical experts that he was wrong and that sperm can survive for days after intercourse.

At issue now for the Fifth Circuit is whether Reed should be allowed to have his claim of ineffective assistance heard by the federal district court. The claim had been barred, but should now be considered given a recent Supreme Court ruling on ineffective counsel, Benjet argues. For Reed, no one challenged the forensic link between the sperm and time of death until the federal appeal process had begun. That “temporal link” between the sperm, time of death, and Reed is “the heart of the state’s case,” Benjet argued, and could have established reasonable doubt had it been properly challenged at trial.