Says Cornyn is too soft on Obamacare 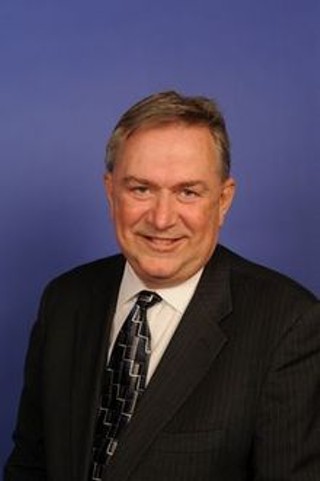 Despite the particularly Texan compulsion to spin a good yarn, the truth is that Lone Star politics can be an extended yawn. Everyone has bad things to say about Obamacare. No one trusts the EPA. And by God, every man, woman, and child should be toting a M2 Browning in a tooled leather case.

In the echo chamber of GOP politics, it looked like next year's race for the U.S. Senate was going to be as riveting as a Ben Stein blooper reel. Ted Cruz isn't up for reelection and seems to be more concerned with the Oval Office. John Cornyn was until yesterday running unopposed, generating all the buzz of an unbuttered baked potato. Hold the chives.

Hold on to your Stetsons, Rep. Steve Stockman is entering the senate race. Speaking to science fiction quarterly World News Daily, Stockman said he decided to challenge Cornyn because the senior senator "undermined Sen. Ted Cruz's fight against Obamacare." Cornyn may have voted against the Affordable Care Act, called press conferences calling for its demise, and tweeted to the faithful, but he certainly hasn't done enough to prevent the crumbling of our civilization. Why, he hasn't even immolated himself in public.

In the WND interview, Stockman characterized his differences with Cornyn as a matter of style. "[Cornyn] sided with the president, essentially," he said, "in making sure Obamacare became law while Cruz did everything possible to stop it." Besides, Cornyn "broke the 11th commandment" in making his opposition to Cruz's tactics public. "If you disagree with someone, that's fine," said Stockman," but I really believe you should do so privately, not so publicly."

Stockman, on the other hand, is very discrete about his opinions. In October, he marveled on Twitter that a college kid could recreate Super Mario Bros. online , but Obama can't build a working healthcare website. Later in the month, after CNN analyst Sally Kohn tweeted that "The website is just one piece of candy in the entire Obamacare goody bag," Stockman shot back, "the bag is full of Mary Janes." He even draws on pop culture, comparing the disappointing viewership of SyFy network film Sharknado to the ACA. "Lots of hype, didn't deliver." quipped the cherubic aggravator. That scamp.

But he is not just private about Obamacare. He disagrees "privately" on an array of issues. Mysteriously, the press keep finding out about what goes on behind closed doors. Must be all the YouTube videos. Stockman is the Takeru Kobayashi of putting his foot in his mouth. Highlights according to a Daily Kos breakdown include accusing former U.S. Atty. Gen. Janet Reno of "premeditated murder" in the Waco Branch Davidian raid, comparing President Obama to Saddam Hussein, and calling global warming "the new fad." In February, he asked fried gizzard Ted Nugent, "Do you feel like [gun control supporters] are useful idiots?"

Oh, he is also the man behind the "If babies had guns they wouldn't be aborted" bumper sticker. The Tea Party must be elated. Hold those reigns tight folks. It's rodeo season, and this colt has only begun to buck.