Another One Bites the Dust

Republican judge to run for Texas Supreme Court as Dem 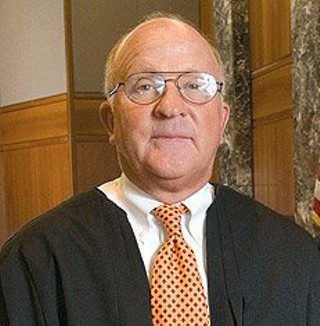 'Tis the season to party flip. Yesterday, Republican Judge Lawrence "Larry" Meyers announced that he would be joining the Democratic Party for his Texas Supreme Court bid.

Following in the footsteps of San Antonio Judge Carlo Key, who announced his run for reelection under the blue flag on October 21, Judge Meyers will become the first statewide Democratic officeholder since 1998.

The longest serving member of the Court of Criminal Appeals, Meyers was first elected in 1992. In the 1998 election, Meyers defeated current Atty. Gen. and current Republican gubernatorial candidate Greg Abbott.

Although Meyers has yet to issue a formal statement, according to The Fort Worth Star-Telegram, Meyers’ announcement came as a shock to the Republican Party.

“I am thrilled to welcome Judge Meyers to the Texas Democratic Party,” said Texas Democratic Party Chairman Gilberto Hinojosa in a press release yesterday. “I am even more excited to know that Judge Meyers doesn’t stand alone. Every day, I hear from real voters that our party represents the strongest path forward for our state. Texas is changing and voters will continue to reject a Republican Party more focused on ideology than ideas.”

During Meyers’ run at the Supreme Court seat, he will continue to serve on the state’s Court of Criminal Appeals. And yes, he will serve as a Democrat.