Judge Not … Lest Ye Be Not Judged [UPDATED]

Labor begins to move on 2014 endorsements

UPDATE SATURDAY The Central Labor Council – comprising most of the Centex union locals -- met Saturday to hear candidates and choose endorsements. No real surprises (see below) – but no endorsement for County Commissioner, Pct. 2. Meanwhile, Pct. 4 incumbent Margaret Gomez suddenly has a challenger.

Yesterday we reported on the candidates recommended by the AFSCME "PEOPLE" political action committee (all listed below). The official CLC endorsements follow the same lines, with one exception: the Council could not settle on an endorsement in the Pct. 2 Commissioners race, among Garry Brown, Brigid Shea, and Richard Jung. A CLC endorsement requires a two-thirds vote by the delegates present, and none of the three candidates mustered that percentage. The highlights: Andy Brown for County Judge, Karin Crump for 250th District Judge, and Ramey Ko for County Treasurer over incumbent Dolores Ortega Carter. (See the bottom of this post for the full list, excepting Pct. 2 Commissioner.)

In another campaign twist, Del Valle ISD Trustee Darla Wegner has filed to run against incumbent Commissioner Margaret Gomez in Precinct 4. Wegner lives in Elroy (near the Circuit of the Americas), and lists her employment as a business manager for Travis County Fire Rescue ESD No. 11. On Dec. 5, she posted on her Facebook page: "The incumbant [sic] has been in since 1995 or so. Pray for my family and I - God's Got This!!!!"

Local 1624, which with 2,500 members represents city and county employees, does not endorse directly – the decision is made by the board of its “PEOPLE” political action committee, which collects funds from politically active union members willing to contribute to the PAC. The PAC makes recommendations to the CLC which, after hearing from candidates in its Saturday session, will announce its countywide labor endorsements. Officially, Local 1624 met for its own screenings on Thursday night at the AFL-CIO Labor Temple, with contested candidates for local offices (primarily Democratic primaries) appearing for brief forums before the group (the governing board but with members also attending) chose those it will recommend to Saturday’s CLC.

That's with one major exception: the PEOPLE board had already announced that it would be recommending Brown for county judge, without a formal, face-to-face candidate screening. Needless to say, Eckhardt and the Eckhardt campaign were upset, and let it be known in advance of Thursday’s event that she and they would be attending the preceding reception and making their displeasure known. In a Dec. 5 letter to AFSCME members, Eckhardt wrote, “I ask you to screen me today …” and complained that the process had been unfair and undemocratic. Eckhardt, campaign manager Nick Hudson, and a couple of supporters arrived early to the 5-6pm reception and began handing out the letter and accompanying documents.

Local 1624’s business manager Carol Guthrie and spokesman Jack Kirfman told Newsdesk that Eckhardt would get her turn to speak at the CLC screening, and that the decision to recommend early and without a public screening was unusual but not unprecedented; they had followed the same procedure for Judge Eric Sheppard and state Sen. Kirk Watson. Moreover, said Guthrie, PEOPLE board members – elected by the members with the authority to make endorsement recommendations – had met earlier this year with both Eckhardt and Brown, and some had wanted to make a public endorsement even much earlier. “This train is leaving the station,” said Guthrie, and Kirfman pointed out that other unions – notably Education Austin and the Emergency Medical Services employees association – had already announced their support of Brown in advance of the CLC meeting. Guthrie said that the board is hoping that its (unanimous) early decision will bear greater weight in the CLC deliberations.

In her letter and in person Thursday evening, Eckhardt complained that she had not received a satisfactory answer why AFSCME is treating the county judge race differently from all the other races. “As a government employee [i.e., as former Precinct 2 Commissioner before resigning to run to succeed retiring Judge Sam Biscoe] and as a former member of this union,” Eckhardt told Newsdesk, “I haven’t gotten a clear answer as to why this race is being treated under a different process than all of the other races locally. I was very much looking forward to a candidate screening tonight and then another screening Dec. 7 [by the CLC] which is what all the other races are being afforded. I’m a union gal, and I think this unnecessarily calls the union’s procedures into question, as far as the integrity of the process. … I’m the only one -- the only race -- that’s being excluded in this screening process.”

Among the materials Eckhardt was distributing was a national AFSCME “Bill of Rights for Union Members” with a particular provision highlighted: “Members shall have the right to fair and democratic elections, at all levels of the union. This includes due notice of nominations and elections, equal opportunity for competing candidates, and proper election procedures which shall be constitutionally specified."

Eckhardt’s letter does acknowledge she had been interviewed earlier in the year by AFSCME staff (i.e., board members), adding “more than five months ago.” Guthrie responded that their previous interviews with both candidates had been sufficient to allow the board to make its decision, and that they had simply come to the conclusion that Brown has better leadership skills. “We think he has the leadership ability to build coalitions, and to bring people together, to work together and move forward,” Guthrie said, “and we really don’t see Sarah with that strength.”

On Thursday, Eckhardt initially asked Kirfman if she could be screened with the other candidates or, failing that, could she make a presentation to the reception crowd. Kirfman refused, and said that there would be “nothing divisive” allowed. A few minutes later, Guthrie and Eckhardt engaged in a brief and fairly tense conversation concerning Eckhardt’s letter and document package, which Guthrie described as “disparaging” the union; Eckhardt insisted that she had been careful not to do that – there was no audible truce, but there was no attempt to stop the distribution.

Brown was also in attendance, mostly greeting members and thanking them for their support. Asked if he had any reaction to the board’s early decision, he said only, “I’m happy to have their support.” Guthrie and Kirfman told Newsdesk that following the board's announcement, only a single member had objected to the PEOPLE recommendation for Brown.

AFSCME Says Bargaining Will Be Back
City union mourns hatchet job on meet and confer legislation, says they're not finished 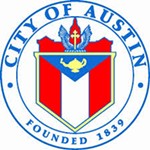