Plus the Woodlands preps for its own special election 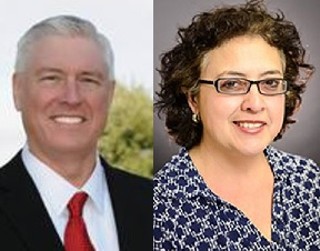 Republican Mike VanDeWalle and Democrat Celia Israel resume their House District 50 on Jan 28. And then again on Nov. 4.

The never-ending race to replace in House District 50 has something like an end date: Democrat Celia Israel and Republican Mike VanDeWalle will face off on Jan. 28. And then they'll likely do it again next November.

Gov. Rick Perry made the formal announcement on Monday via proclamation about the second round to replace retired rep Mark Strama. On paper, VanDe Walle has a lead, since he beat Israel 39.2% to 31.9%. However, Democrats are calculating that Israel's share will be boosted by the 28.9% of voters who went for rival Democrats Jade Chang Sheppard and Rico Reyes.

However, after that, both Israel and VanDeWalle have filed for the March 4 primary, meaning they'll probably face each other again in the Nov. 4, 2014 general election.

Special elections are a little bit of a movable feast. The last time a November special election that lead to a run-off was back in 2008, after Kyle Janek stood down in House District 17. Back then, Republican Joan Huffman defeated Democrat Chris Bell in a December second round. However, compliance with the Help America Vote Act, especially the rules for postal and military absentee votes, mean that the election falls forward into next year.

At least Travis County voters get their special out of the way relatively quickly: Perry has left the special election to replace Sen. Tommy Williams, R-The Woodlands, until May 10.

However, there's also the pesky problem of the primaries. Yes, voters in HD 50 and SD 4 have to go through the same deal next year, and the calendar gets pretty complicated, but here we go:

Someone send the Secretary of State's office some chocolate.

On the positive side for SD 4 residents and candidates, at least the winner gets to finish out the rest of Williams' unexpired term, which runs until 2016. But there's still some serious questioning about why Williams left. Strama's departure was simple: He was tired of being in the House, decided he didn't want to run for mayor, and Google Fiber offered him a real salary to head up their Austin operation. Williams, on the other hand, declared his intention to stand down on Oct. 7, then made his departure official on Oct. 25 with a letter to Gov. Rick Perry and Lt. Gov. David Dewhurst, and was gone by midnight. Six days later, he was hired by his alma mater Texas A&M as vice chancellor of federal and state relations. Now the Senate has to work out who will replace him as the all-important chairman of the Senate Finance Committee. 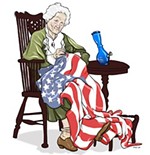