The desks are filling up at SXSWedu 2014 with education advocate Diane Ravitch, tech pioneer Nolan Bushnell, and former US Education Secretary Rod Paige, who implemented No Child Left Behind, all announced as featured speakers.

Launched in 2011 as a strand within SXSW Interactive, the educationcentric event has become a conference in its own right. This year's featured speaker list may be the most diverse to date.

A New York University researcher and Brookings Institution nonresident senior fellow, Ravitch has recently taken a real interest in Texas education, including an appearance at the 2012 Texas Association of School Boards/Texas Association of School Admin­istrators conference and an appearance at Eastside Memorial last Fall (read our interview her here. Her name has been on top of every high stakes testing and "education reform" opponents wishlist for SXSW since day one. The conference was picketed by educators in 2012 for having pro-testing figureheads like Secretary of Education Arne Duncan and Marjorie Scardino, CEO of education publishing behemoth Pearson, with only the presence of reading advocate Levar Burton to present the teachers' side of things. The slate received more support in 2013, with Detroit principal Asenath Williams and teacher of the year Rebecca Mieliwocki making teachers happier.

It's highly likely that Ravitch will be less than complimentary about the work of two of the other announced featured speakers. Paige was secretary of education 2001-5 under the Bush administration, a position he gained after his time as superintendent of schools at Houston ISD, where he spearheaded the use of teacher incentive pay and subcontracting to private schools. His policies on testing were the backbone of what Bush took to DC as No Child Left Behind, but Paige's numbers and methods have been heavily criticized since. Similarly controversial will be Wendy Kopp, founder of Teach For America, an organization that Ravitch and many others have criticized for airdropping college kid into high needs schools for brief tenures.

Expect far fewer sparks to fly with possibly the oldest and the youngest tech pioneers to present at SXSWedu. Bushnell is often called the father of computer gaming, having invented Pong and founded Atari. The term visionary is easily bandied about, but as the guy that foresaw massive multiplayer games back in the 1990s (or, as he called them, cybersports), he probably deserves the title. In recent years he has concentrated on his firm Brainrush, which turns school curricula into games. On the other end of the spectrum, high schooler Jack Andraka developed a pancreatic cancer test when he was 15.

Rounding out the speaker list is Miami-Dade County Superintendent Alberto Carvalho, winner of the 2012 Broad Prize for Urban Education. Expect the issue of tech in schools to come up, as Carvalho just put the brakes on the issuance of iPads to students.

SXSWedu has also announced its sessions for 2014. Disability advocates will likely be attracted to the Accessibility & Special Education strand, while the panels under the Achievement Gaps & Educational Equality include advocated like the George Lucas Educational Foundation senior fellow Milton Chen on the value of afterschool programs, and Mary Schmidt Campbell of the President's Committee on the Arts & the Humanities on the value of arts in low performing schools. Other strands will touch on philanthropy, gaming in education, accountability, and the buzz term of the decade, big data. 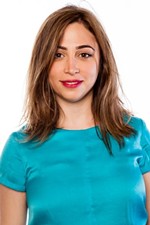